One of the most lucrative forex strategies is breakout trading which can provide extremely good risk:reward ratios. However, powerful price surges, such as a breakout, can suddenly reverse themselves creating what is known as a fakeout or stop loss hunting.

So, how can you determine whether you are dealing with a true breakout or whether it will manifest itself into a fakeout? That is the subject of this chapter. 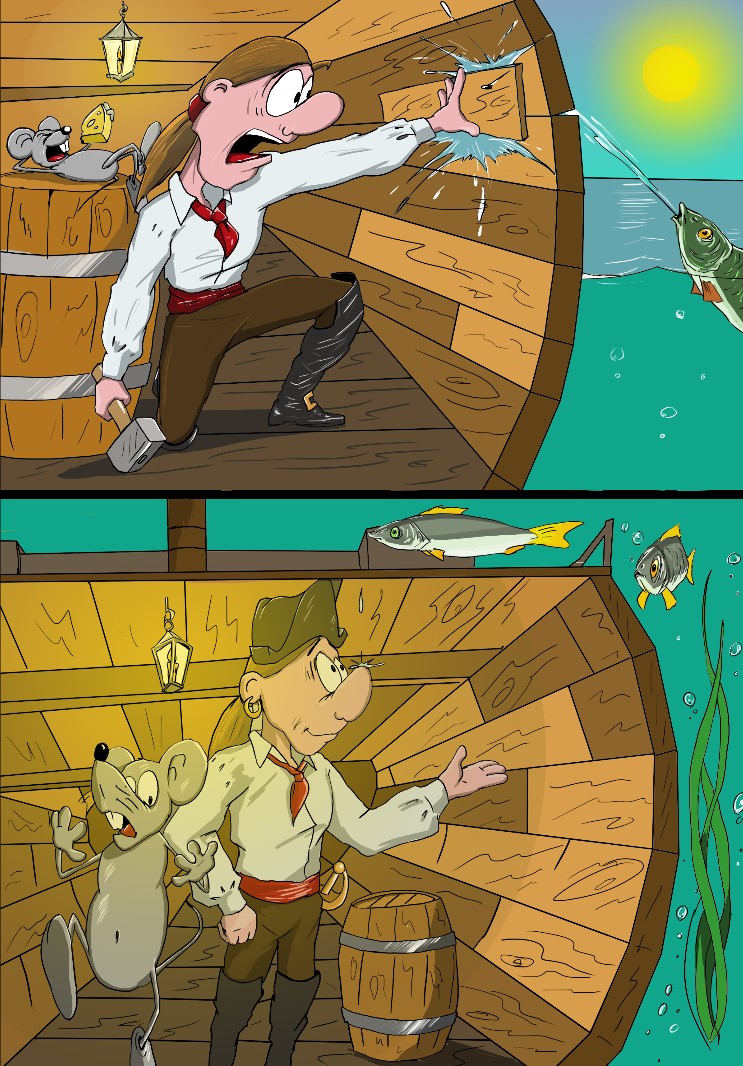 The first action we must do is to identify when a breakout occurs. This normally happens after the market price has been consolidating for some time within a tight range. There are a number of patterns that define this phrase very well.

The first is range trading where the price has simply been oscillating between fixed high and low values. The difference between the top and bottom values are usually relatively small so the price has been tight trading between a resistance and a support for some time, even months. In this situation, a breakout finally occurs when the currency pair bursts through the resistance on a bull surge or crashes through the support on bear action. If the resistance is broken, it then becomes the new support, while if the support is broken it becomes the new resistance.

Two other important consolidation patterns are the flag and the pennant where the flag forms a rectangle shape while the pennant appears more as a triangle. These two patterns are created after a price surge and followed by a sideways movement or consolidating phrase creating either a flag or pennant shape. The rectangular shape of the flag is formed by two parallel trend lines with the top one functioning as resistance while the bottom acts as support. The flag will not normally be flat as its trend lines usually tend to slope in the opposite direction of the initial price movement. A buy or sell signal is usually generated if the currency price breaks through either resistance or support and resumes the direction of the original price trend. In contrast, the pennant adopts the shape of a symmetrical triangle where the support and resistance trendlines converge onto each other. Unlike the flag, the pennant is normally flat and its direction is of less importance. Both the flag and pennant are particularly good as gauges of breakouts if the price surge before their creation was very strong.

Upon a bull breakout the following is usually true regarding all three consolidation patterns. The previous resistance becomes the new initial support; the mid-distance between the trend lines becomes second support while the old pattern support becomes the third level support. The opposite is true for a bear breakout. These new support and resistance points are very useful in determining your stop strategy.

When new traders first attempt a breakout strategy, they are often quickly demoralized. This happens because, after entering a trade, the market quickly reverses just enough to stop them out. What is even more disconcerting is that the currency price very often then proceeds in its original direction after a period of oscillation. If, however, the price re-enters the old consolidation pattern, then the reversal turns into a fakeout and can only be dealt with effectively by careful planning prior to trade entry.

There is much speculation that large banking institutions and other exteemely large traders generate this sequence of actions deliberately in order to knock out the small players. Another reason is that the technical analytical approach was applied in a wrong fashion, or that the market simply didn’t respond in the anticipated way to patterns on the charts, due to the limitations of technical analysis. Whether this is true or not is debatable but, without question, you do need to acquire as much information as you can about fakeouts.

A fakeout can be defined as a breakout that retracts back into the old consolidation pattern. These are a serious threat to contend with because experience has demonstrated that they are created from about 20% of all breakouts. However if you apply different time frames (namely lower time frames) you are likely to be exposed to an even higher percentage of fakeouts. Obviously, this is a very subjective statement as many different aspects have to be taken into consideration when determining if a breakout turns into a fakeout, but at least it gives us some indication that they do occur, and probably more often than you might at first assume.

During my early years of trading, I used to experience a double whammy when dealing with breakouts and fakeouts. First, my original breakout trade would be stopped out and following I would then attempt to trade the fakeout. Of course, the rebound stopped me out again causing a double loss. By all means, avoid this nasty experience by gaining a good understanding of these processes.

Although these complications exist, breakout trading still offers excellent risk:reward ratios. Once the market price settles into a consolidation pattern, a breakout is capable of providing the energy sufficient to produce a very violent and extended move. You just need to make major efforts to distinguish breakouts from fakeouts. In fact, fakeouts have become so common that some traders use fakeout trading strategies to enhance their profitability. I will be presenting my own strategies about how to trade both breakouts and fakeouts later in this book.

So, how do you distinguish a breakout from a fakeout?

As stated already, on a bull breakout the former resistance becomes the new support. Usually in the case of a real breakout, the price will eventually retrace, touching the new support before proceeding in its original direction. The danger is, of course, when the price breaks back below the support, it will form a fakeout. As such, the best course of action would be not to open a trade immediately after the breakout first occurs, but instead wait to see the closing price position at the end of the current trading interval. Ideally, you should use the longer time frames when performing this task, such as either the hourly or the four hourly. This is done in order to provide you with sufficiently accurate statistics. If this course of action reveals that not only did the price breakout but also found support, then you will know that the probabilities are in favor of a true breakout. In the case of a fakeout, you would observe the price closing within the original consolidation pattern. By simply taking advantage of the fact that the former resistance often becomes support after a bull breakout (opposite for a bear breakout) could provide you with an important technique for distinguishing breakouts from fakeouts.

By being patient and simply waiting for the initial breakout move to unfold, you can avoid most fakeouts and save your account balance from unpleasant whipsaw action.

Other very misleading but popular patterns are the double top and double bottom. A double top consists of two rally points separated by a valley although the two peaks do not need to be of the same height. The double bottom is the inverse. Many new traders use these formations as signals for possible breakouts but this action leaves them vulnerable to the intentions of the big players on the forex market. However, in most cases, fakeouts are produced by the market simply because it´s running out of steam, and are then no longer capable of achieving either higher highs in an uptrend or lower lows in a downtrend. Reversals can occur as a result.

Since there appears to be a tendency for big players to initiate fakeouts, many traders have even devised their own trading strategies to profit from this fact. For instance, suppose you believe that a currency price will not be able to sustain price movement in the direction of a breakout, you could attempt to trade the fade out.

Fading breakouts tends to be more effective as a short term strategy. False breakouts are also known as fakeouts. False breakouts are a bane for breakout traders but a boon for breakout faders. Support and resistance are seen as the price floor and the price ceiling respectively. The support level attracts the buyer’s enthusiasm for higher bids and prevents the price from falling further. The resistance level attracts the seller’s enthusiasm for shorting and it prevents the price action from climbing higher. Many traders particularly like to trade breakouts whenever the resistance or support levels are breached. The idea of trading breakouts appeals to many independent traders. This is because it seems perfectly logical to assume that if a support or resistance level is penetrated, the price action should have sufficient momentum to continue its move in the direction of the breakout. As a result, there is a tendency for a large number of stop orders to be placed above resistance levels and just below support levels. However, the possibilities that fakeouts will be produced are a real danger when you attempt to take advantage of these facts.

In summary, you cannot just stop planning when you have determined a breakout entry point. Instead, you must deploy forex techniques such as money management, technical and stop loss analysis in order to provide you with the best protection against the negative effects of fakeouts.