!! CAUTION !!
There is a potential side-effect of reading this book!​


It has come to my attention that there is a serious problem related to Andrew's book! There is an unexpected side-effect for a small number of those who read From Dairy Farmer to Forex Trader. I'd like to apologize to all readers of this book for not warning them about this potentially LIFE CHANGING issue sooner.

Please ONLY read the chapters and pages of this book in the Proper Order. Failure to do so could END YOUR CAREER as a forex trader!


I've called in a number of scientists and doctors from the Federated Assembly of Traders of Currencies Organization Worldwide as well as the Milk Obtainers Organization. They've confirmed that there are a growing number of confirmed cases of career changes for very successful forex traders who read the book from back to front. So far, every trader who did this stopped trading forex. Then they began new careers as dairy farmers. Is this what you want to see every morning at work? 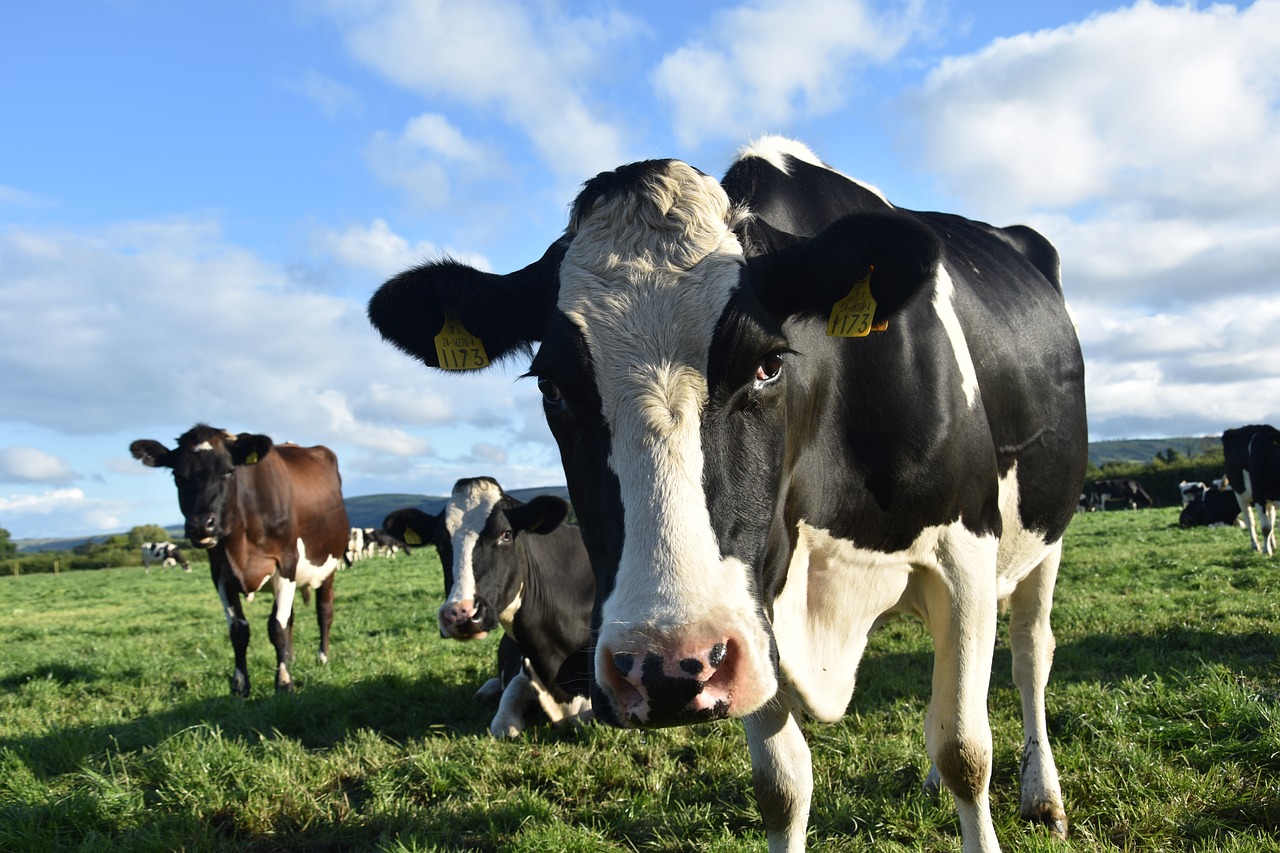 I've been getting resignation letters from FPA members who gave up forex for jobs on dairy farms. This email came from former FPA member Y. O. Gurt, now living in Wisconsin, USA.

It's been fun. I learned a lot from Forex Military School and avidly followed all the posts from Andrew and Sive. My forex account was growing and I was about to be in a position to be able to quit my day job. Then I accidentally read Andrew's book backwards. Afterwards, all I could think of was selling everything I owned and opening my own dairy farm. I'd have done it too if my wife hadn't gotten everything in the divorce.

I know this sounds sad, but I'm really happy now. I found a new job milking cows and it's great! They even let me sleep in the hayloft of the barn, so my expenses are very low. I think if I save up all my money, I'll be able to buy my own small dairy farm in another 15 or twenty years.

Please go ahead and close down my FPA account. It's a great site, but I only have time to read about dairy farming now.

P.S. Some of the milk from the dairy I work at goes into making cheese. I hope you like cheddar.

I was wondering what he was talking about. Four days later, this very tasty block of cheddar cheese arrived in the FPA's mailbox... 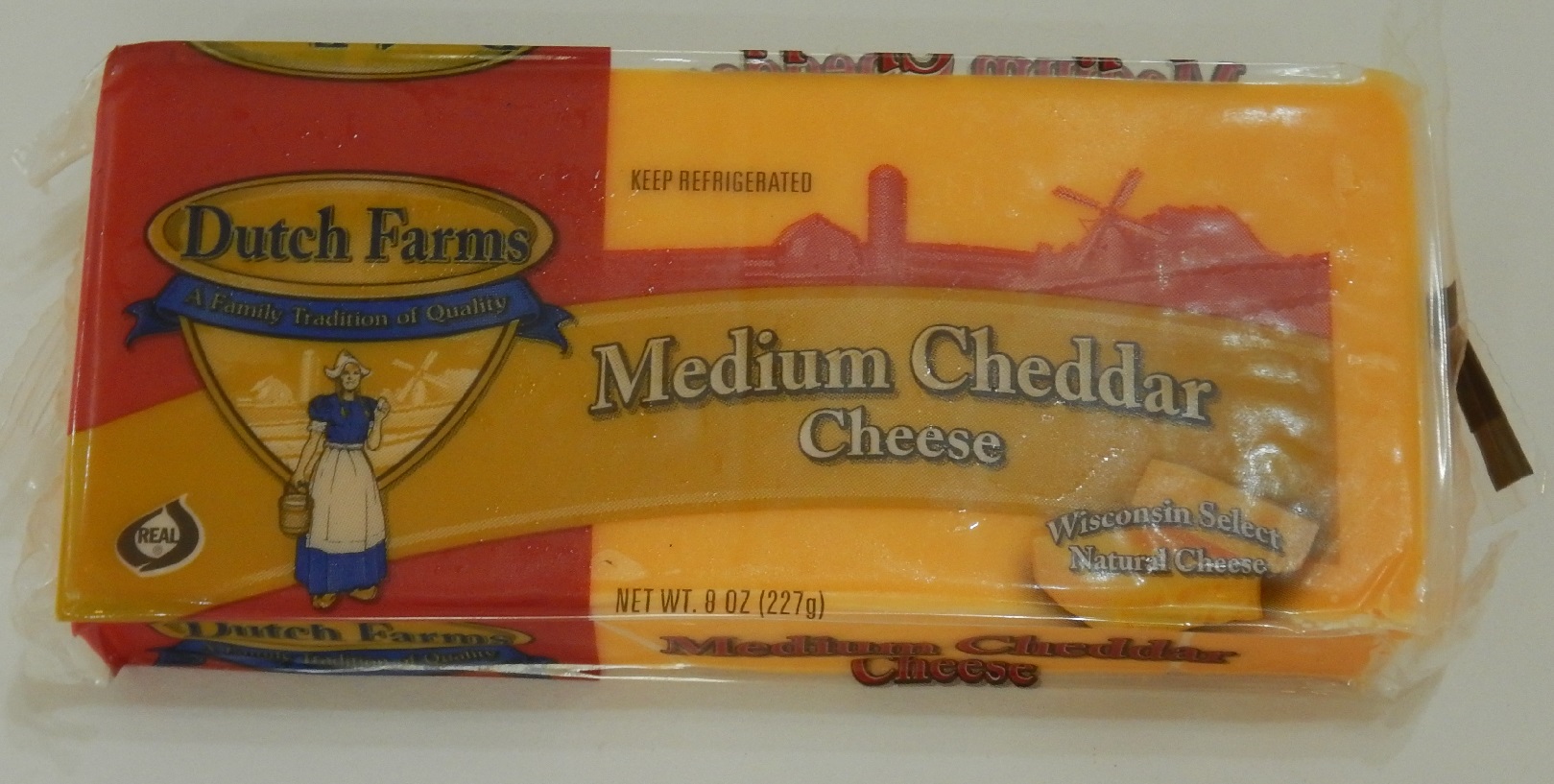 There were other resignations. Only one other came with a gift. This one is from former FPA member Ms. Edam Gouda of Austria. 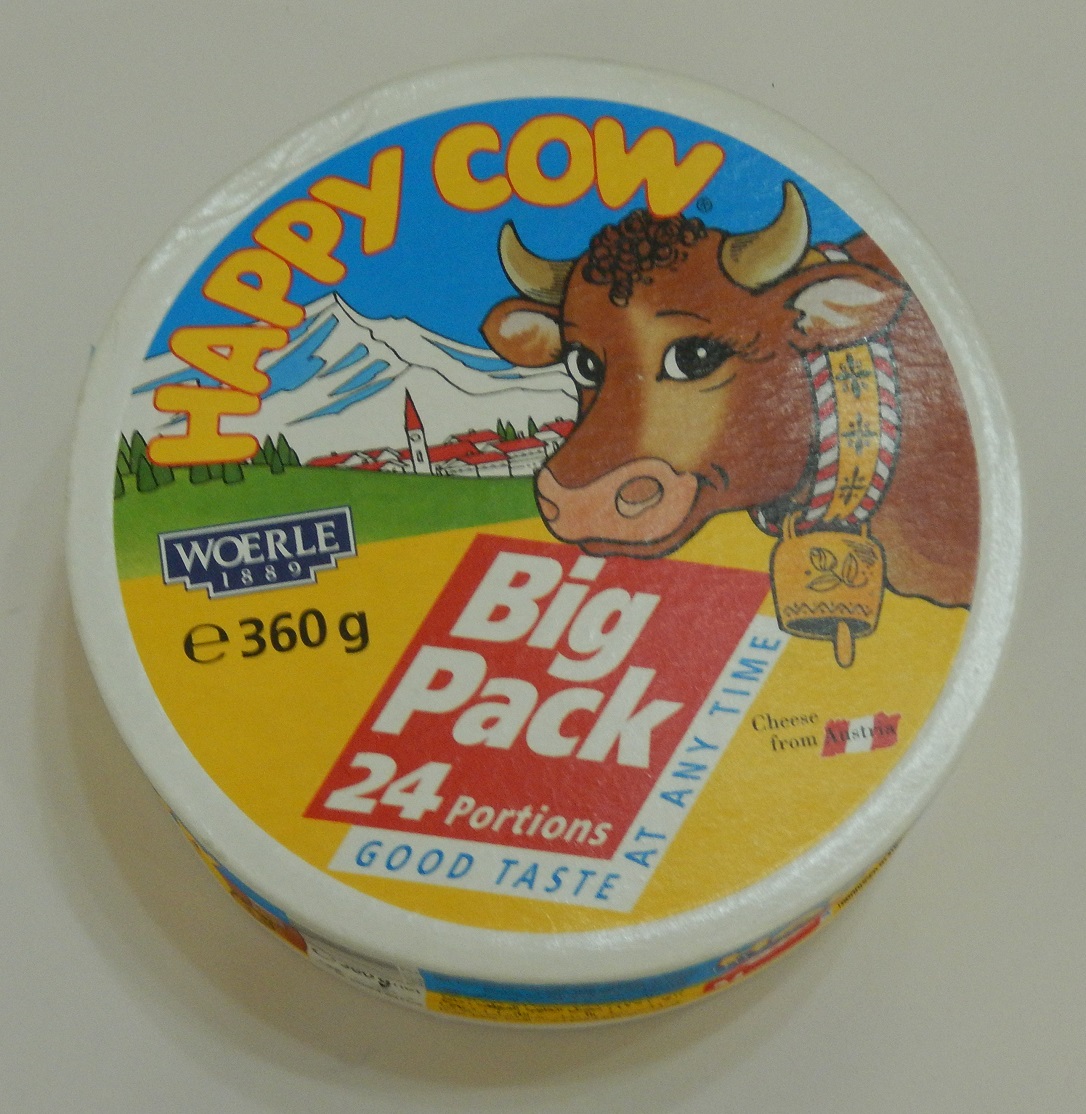 Thanks for all the good times at the FPA. I've lost interest in forex ever since I read Andrew's book from back to front, so please shut down my account

The doctors tell me I'm different from the other cases. I didn't end up at a Dairy Farm, but instead fell in love with the fascinating profession of cheese making. I just can't stop turning milk into cheese all day every day. The factory owner told me that there was no option for overtime, but I just said I'd work more hours for free.

Now the security guards drag me away at the end of my shift. That's ok, since I got a part time job on the night shift at a different cheese factory nearby.

Give my love to Andrew and everyone else at the FPA. 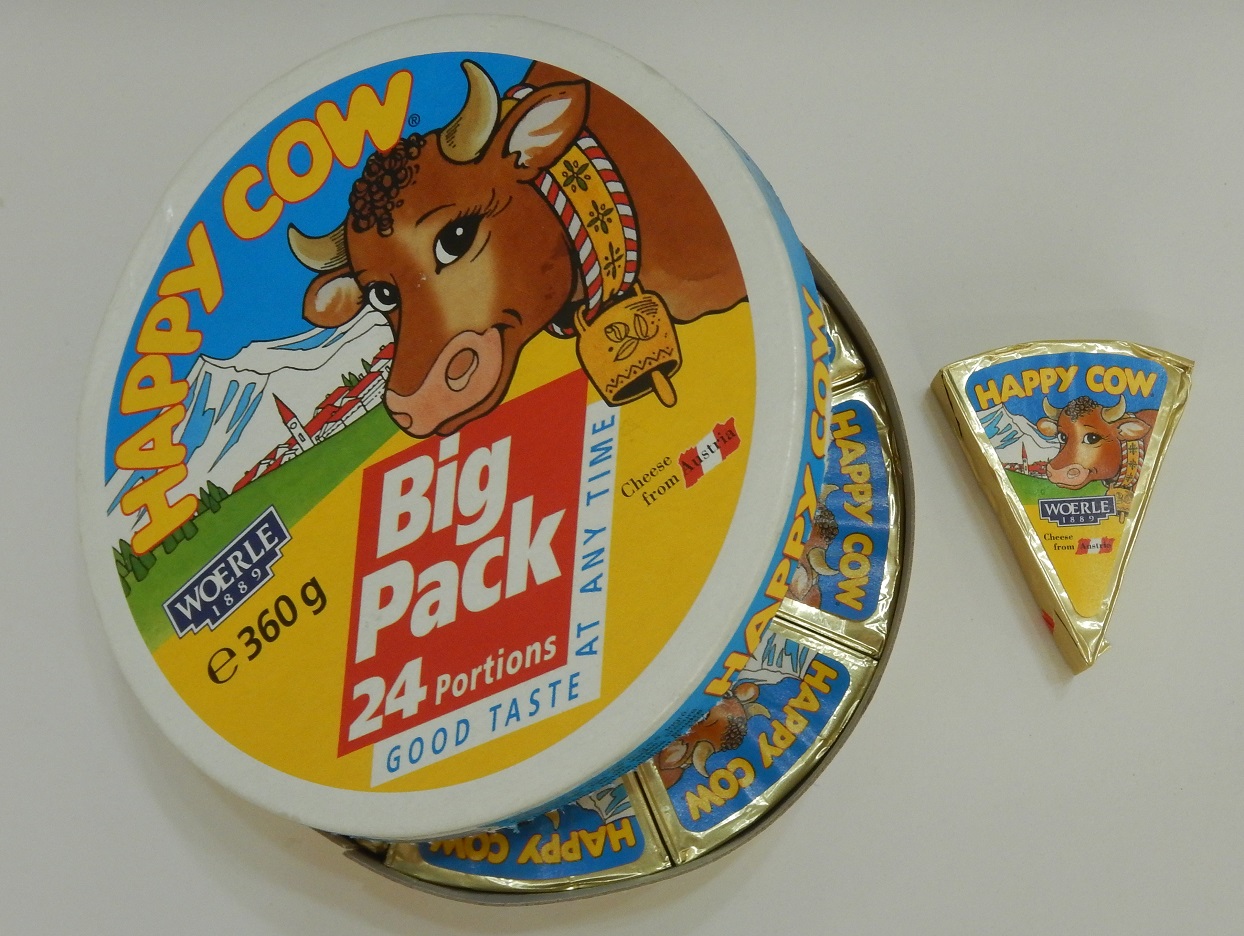 I was sorry to lose both of these FPA members, but the cheese was great. 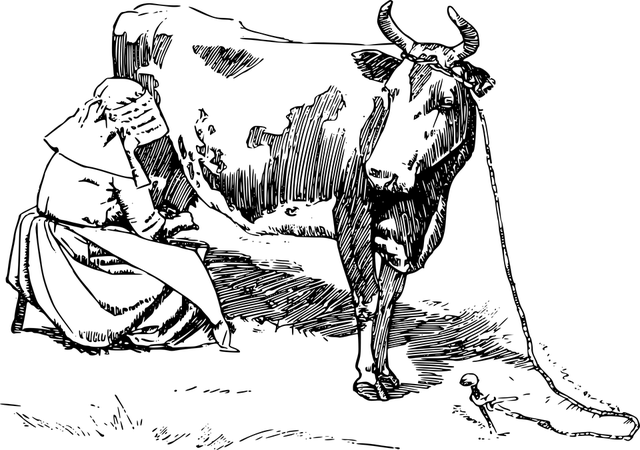 If you do decide to test reading the book backwards, please send cheese.

T
tonney
8 years ago,
Registered user
Good one Bill K.The way the market has been of late, i am considering the "Cows" LOL.

Is there an established order in which I'm suppose to read the book to encourage the START of my forex carreer..;) :D

RahmanSL
8 years ago,
Registered user
".....unless you want to spend the rest of your life milking cows.

...hmmmm...so milk come from cows;yah?....no wonder I didn't get very much milk from those bulls and I had to stop being a dairy farmer and switch to trading the forex:(
D
drBBMM
8 years ago,
Registered user
LOL. Fortunately I'm still a trader not a farmer.

FPA Testing
8 years ago,
Registered user
Happy April Fools. What if I want to be both dairy farmer and forex trader? What order should I read through the book, Bill:confused:
N
NetWoofer
8 years ago,
Registered user
If you start in the middle and read in both directions does that mean that you will become both a trader and a dairy farmer? Perhaps one trading milk futures!
N
nevadaoutlaw
8 years ago,
Registered user
Cow! What is a cow. Milk! Oh yea. Thats something that goes in a white Russian.
That was a good one. Let me tell you about a practical joker I used to work with. He pulled the best practical joke by a non-professional I have ever saw or heard of.
I was working at the Nevada Test Site at a remote location. We had 5 simi-trailers loaded with electronics. It was lunch time. About 5 or 6 of us were in one trailer eating lunch. This joker got up, said, "Excuse me I have got to fart". He moved a ways down the trailer, and grunted like he was passing gas. started walking back to the rest of us. Stopped in his tracks. Got this stressed look on his face and said, "Oh no, I don't think that was all gas". He reached behind him, and put his hand down his pants like he was checking on what he did. He pulled his hand from his pants, held it up, and said, "That looks like ****". (There was dark brown stuff all over two fingers). He put his fingers up to his mouth, licked them, and said, "Taste like **** too. Well, you know what everyone was thinking about this time, how gross. One guy actually barfed his sandwich.
What he did was put a baggie with a Hershey candy bar in it, in his shorts. The candy melted of course. Swiped the chocolate with his fingers and licked it. I can't tell you how effective it was.
I later in life pulled the same stunt at another place I was working. Absolutely stunning.
OK, if anyone pulls this off, let me know how it goes. Everyone have a good day.
Edward
Nevadaoutlaw

Pharaoh
8 years ago,
Registered user
How about this? Andrew could help one of these former forex traders who is now a dairy farmer turn back into a forex trader. Then a book titled "From Forex Trader to Dairy Farmer to Forex Trader" could be written. Then, anyone reading it forwards or backwards would still end up as a forex trader.

Alonedevils
8 years ago,
Registered user
> How about this? Andrew could help one of these former forex traders who is now a dairy farmer turn back into a forex trader. Then a book titled "From Forex Trader to Dairy Farmer to Forex Trader" cou..

Buahahahahahaha ... thats will be interesting book i think ..
K
Kristjan
8 years ago,
Registered user
I became the "April fool" on April 12. That's a first! Good joke, though! You really got me for a moment.

Yeah good one i liked the joke mate