I have described a number of trading strategies throughout this book as well as identified a number of techniques that you can use to safeguard your budget while increasing your profit potential. However, once I have detected a new possible entry point for a trade, I have found from experience that it is a good practice to seek additional confirmation before taking further action.

My preferred method of undertaking this task is to examine the candlestick patterns on the hourly or 4 hour trading charts of the currency pair in question. Some traders use candlestick charting as a standalone trading strategy, but this is not the point I am making here. I believe candlestick patterns should be used in conjunction with the above mentioned strategies and ideas, as a way to confirm an entry or exit. Ideally, I am looking for a sign that supports my entry and exit ideas and hence give the trade a higher chance of profitability. During this process, you cannot afford to be subjective in your analysis. For instance, you should not enter a trade just because you think it feels right - especially if there are upcoming major technical events or items are indicating the opposite. If you were to continue with such a system then you will only experience significant failure in the time to come. 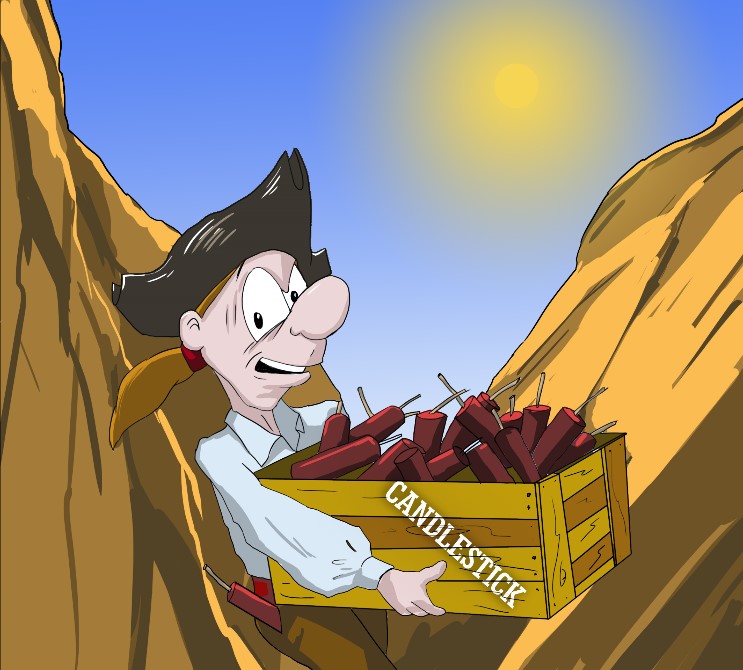 Instead and especially if you intend to use any of the trading methods described in this book, you should examine trading charts carefully and objectively for possible entry points. After you have achieved this, I would then strongly advise you to undertake an additional confirmation step by studying the candlestick patterns on the trading charts of the applicable currency pair. In other times, when none of my trading strategies are displaying any evidence of new possible trades, I then also study the trading charts for positive candlestick patterns. If I locate one, I then start researching into the possible reasons why they have been formed i.e. fundamental or technical. I also pay further attention to my trading strategies to determine if there are any further backup indications confirming that candlestick patterns are advance warnings for potential new trading opportunities. There are many books on the subject of candlestick patterns – I will give you a quick intro to the subject here.

Candlestick patterns can be used to detect and confirm key forex formations, many of which have been mentioned in this book already e.g. retracements, reversals, breakouts and fakeouts etc. I make great use of candlesticks to help determine and distinguish between reversals and retracements. There are a great number of candle stick patterns and here are the descriptions of a few that I find particularly useful:

This pattern occurs at the end of a bull run appearing with a small body. Traders do not consider the color of the body to be of much importance. They are more interested in the fact that the long lower shadow is at least twice the length of the body and that there is little or no upper shadow. This pattern is considered a bearish sign indicating that there has been a strong attempt to sell off long positions that was only reversed towards the end of the candlestick time period.

This pattern is created when the open, low and close are very close to each other. The other main feature is that there is a long upper shadow that is usually twice the size of the body. This is a significant bearish sign as it indicates that a bull movement was strongly rejected by the market.

This pattern is formed when it opens and closes at its average price in its middle of its structure. There are both upper and lower shadows that can be quite long and are both close to equal in length. On its own, the Doji is neither a bullish nor bearish indicator and as such it is generally analyzed as part of a three candlestick pattern.

This pattern is created by a three period candlestick formation that identifies a strong bullish reversal. The first candle is normally a long bearish candle, the second drops slightly lower while the third is a bull candle that closes above the midpoint of the first candle.

This is a bearish reversal pattern comprising a large bear candle that casts a shadow over a preceding bullish trend. To create this pattern, the final period candle in the sequence must open at a new high and must close below the midpoint of the body of the preceding period.

This pattern is created at the end of a strong downtrend and, as such, signifies a bullish reversal. The hammer has a very small body that is formed towards the end of the current period’s trading. There is no upper shadow to speak about but a significant lower one which is at least twice the size of the body.

Basically, the Hammer shows that the market price has bounced higher after hitting a possible support level.

This pattern is a bullish reversal sign and occurs at the end of a strong downtrend. The candle has an open and close very close to each other, with a non-existent lower shadow but an upper one that is at least twice the size of the body.


Candlestick patterns that have either a long upper or lower shadow with hardly any body are, in my opinion, the most useful e.g. hanging man, hammer, morning star and inverted hammer. I search for these patterns on the more reliable hourly or longer period charts. I use these candlestick patterns in the following way. For instance, if I have been unable to activate any new trades using my strategies, I then search for one of the patterns listed above. Suppose I detect a hammer on a daily chart. I will then investigate into the reasons behind its formation by studying currently important fundamental aspects, upcoming news and technical aspects. From this study, I will then determine if a full-blown reversal is developing or just a relief retracement. Sometimes, if I have other reasons for considering entering a trade, I will still inspect the candlestick patterns on the trading chart of the applicable currency pair for additional confirmation. For instance, suppose that I was planning to enter a bullish trend following trade after studying the 4 hour charts but then notice that a morning star candlestick was forming, I may decide to reconsider and wait for further developments as a result.

Using this candlestick method can help you detect new trades, confirm your already planned trades or prevent you entering trades that will eventually transform into losses.

Finally, you may consider that you would like to determine the effectiveness of introducing candlestick confirmation into trading strategies. This can be done as follows:

First, calculate the expectancy value of your trading strategy and then repeat the process but include an extra step by introducing candlestick confirmation. Any improvement would demonstrate to you the value of this concept. I am sure that you will find that it does.

It would be better if you add some pictures when you explain patterns of candlestick.

Adding pictures of the candlestick patterns is a good idea. I'll see if I can find someone to do that. For now, you can find a chart covering most of them here...