What is Bitcoin Mining? Or “Hey, Where’s My Video Card?”

Let's now talk about those mysterious “miners” and their role in bitcoin technology. If you keep abreast of computer hardware, you have probably heard about the shortage of fast video cards. Not only are they completely sold out but their prices have also increased by 30%, although I would put that percentage even higher. Through no fault of their own, the factories in China that make video cards cannot meet the demand; they could manufacture more cards, but video chip producers are already working at full capacity and cannot satisfy the needs of the market.

You may have also heard that miners are to blame for this shortage since they have bought all the video cards to mine Bitcoin in so-called “cryptocurrency farms.” Even so, most people don’t understand what crypto mining is or all the fuss about virtual money. Then again, some people may be wondering whether they should jump on the “crypto rush” mining bandwagon.

Let’s look at how this situation was created... 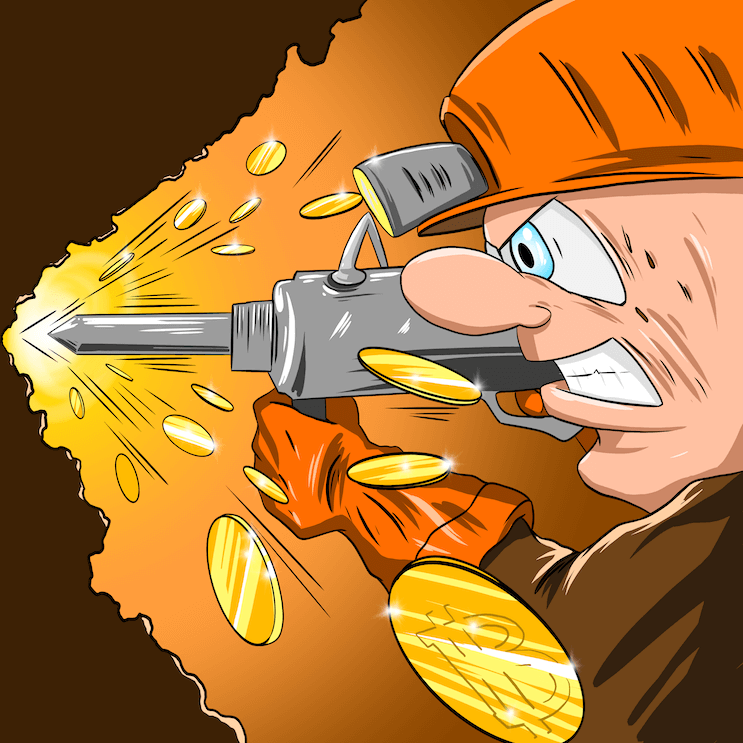 Before we begin, let’s quickly review what Bitcoin and the blockchain are. For a more detailed explanation, please read our first article, “All you need to know about Bitcoin and the blockchain.” As already mentioned, Bitcoin is decentralized virtual money created on the core idea that – since no one trusts anyone in the modern world – there should be no centralized Bitcoin storage or central bank. In this system, each person is responsible for storing his/her coins. Money transfers are still possible and safe as a result of the application of blockchain technology.

As the name suggests, the blockchain is a sequence of blocks, which keep a record of every transaction ever made – who made the transaction and with whom, how many Bitcoins were transferred and when. Just like bookkeeping, the blockchain has a “ledger.”

The blockchain has many other features but, for today’s topic, we will focus on two: The people who create new blocks are called “miners.” Miners receive a reward for every new block they create – at this moment in time, that reward is approximately 12.5 Bitcoins, which is estimated around $13.5K based on the exchange rate of May 12, 2018:

Here is an important detail: the only way to issue new Bitcoins is to create a new block in the blockchain. Bitcoins are rewards the creation of new blocks – no new blocks, no new Bitcoins.

It takes approximately 10 minutes to create a new block because: It’s important to understand that block generation is not one long, set problem (like doing one million hashes, for example) but more like a lottery. Each hash gives you a random number between 0 and the maximum value of that 256-bit number. If your hash is below the target, then you win. If it isn’t, you increment the “nonce” (an arbitrary number that can be used only once in a cryptographic communication) to change the hash completely and try again.

Without delving into sophisticated mathematics, the target suggests a hash code beginning with many zeros. The more zeros there are at the beginning of the hash code, the more difficult it is to create a new block. Consequently, miners slightly adjust blocks in their attempts to get the hash that matches the target.

If the total number of miners working on the task increases by ten times, then the target becomes ten times more complicated – this means that more zeros are required at the beginning of the hash code of the block header. Although the new block appears within the same ten-minute timeframe, the chances of receiving a reward decreases by ten times.

Why is it necessary to have a specific hash code for the block header? This is done to prevent fraudulent actions and attempts to replace the real history with a fake one – for example, canceling one’s own transactions. That way no one can say, “I haven’t sent these 100 Bitcoins” if he/she had indeed sent them, or “I don’t have a record of that transaction in my ledger.” This is because all members will only accept a new block with a proper header (hash code) as the correct one. To generate that block, all miners work together for ten minutes; one miner cannot do this alone.

This is what miners do: they try to catch the necessary block header to receive the reward, meaning the new Bitcoins.

So, now that we understand the basics of mining, let’s look at the miners.

At the beginning of the crypto era (2008-2009), no one knew anything about Bitcoin other than its creators. It was easy to mine since there were only 50-100 miners and everyone could get a reward for a new block once a day.

In 2013, when the price of Bitcoin jumped above $100, the number of miners increased. As a result, they had to wait for months to receive a reward. As mentioned in previous articles, miners started forming “pools,” in other words, uniting the calculating power of many computers to increase the probability of getting a reward. When a reward was received, it was distributed proportionally among all members of the mining pool based on their contribution.

The point of no return came with the development of ASIC devices for bitcoin mining. These devices were built specifically for this purpose and are so powerful that ordinary PCs are rendered useless for this purpose. 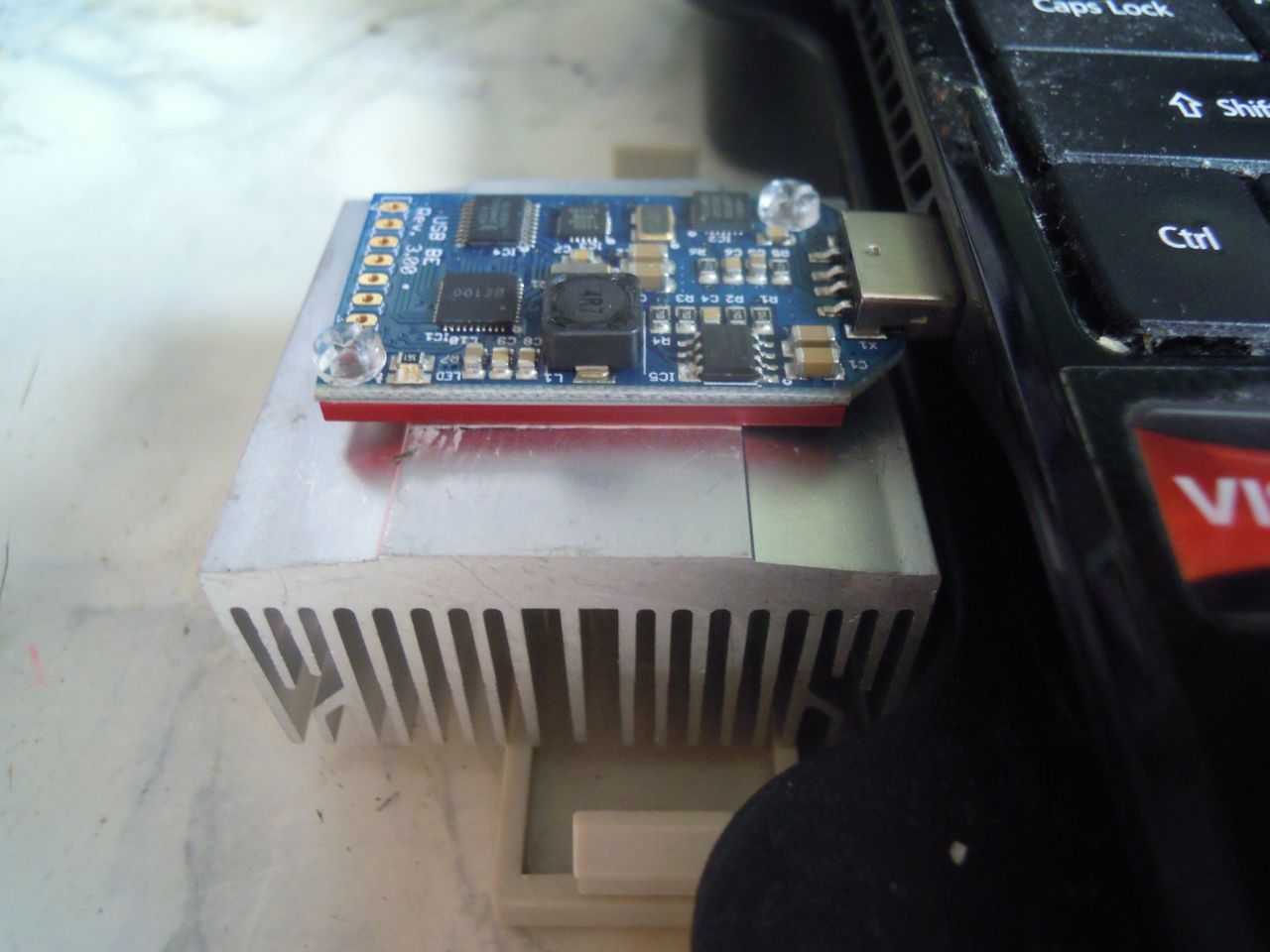 Huge mining farms composed of hundreds of ASICs came next in the “mining fever.” Often, these farms were built near powerhouses and underground to prevent overheating.

Another factor that contributed to the mining fever is the total number of Bitcoins. The blockchain algorithm limits the number to 21 million, or 20999999.9769 BTC to be exact.

Every block introduces 50 new coins into the system. This quantity halves every 210,000 blocks. The limit of 21 million Bitcoins is currently “hardwired” into the protocol, and no new Bitcoins can be issued unless the algorithm is adjusted.

According to Brian M. Lundberg, Information Technology & Services professional and founder of Incorporatingbitcoin.com, the limit in the total number of Bitcoins could be changed by the application of a fork scenario. The reality is, however, that the major holders of Bitcoins, who would have to apply the “fork” procedure, would have no interest in doing so because their coins will lose value. (For more information about “forking” see our previous article, “Bitcoin and the blockchain are not so bad.”)

Here is what Brian said: “Yes, it can be changed. It would require that the code is forked and the vast majority, probably unanimously, agrees to run the new code. But ask yourself: why would they? If new Bitcoin were created, the Bitcoin currently in existence would be worthless. Bitcoin was created with the hard cap precisely to avoid inflation. It’s more likely that, if we’re running out of tradable tokens, the code would be forked to create something smaller than a Satoshi. This would create more tokens without inflating the currency.”

Now we know the total number of Bitcoins that can be issued, but how many are already in circulation? The answer is approximately 17.5 million.

As we can see, day by day the potential for rewards is narrowing and the major mining power is in the hands of large pools that use ASIC devices.

This leads us to the sad conclusion that it is absolutely pointless trying to mine Bitcoin at home. Bitcoin is the best-known cryptocurrency and, as with every successful thing in life, it has rivals. So, if you want to mine, your dream can still become a reality by considering other cryptocurrencies, otherwise known as “altcoins.”

In fact, altcoin mining is the reason for the shortage of graphics cards. In recent years, altcoins have been sprouting like mushrooms – there are hundreds of them. Even governments are starting to issue cryptocurrencies; the latest example is Venezuela’s government-issued Petro, where each coin is backed by one crude oil barrel.

The following chart from Coinmarketcap.com shows the most popular cryptocurrencies and their current values: 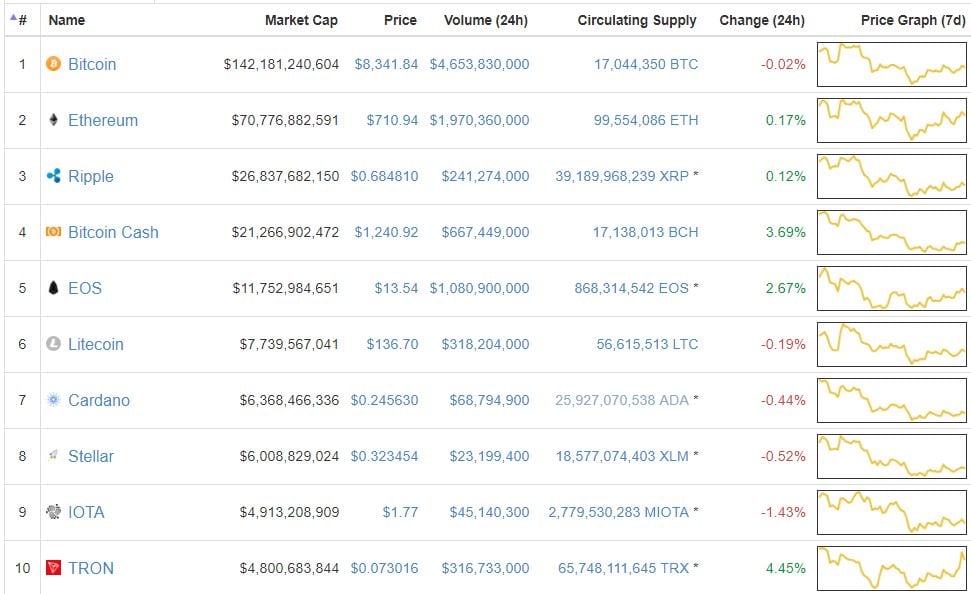 The primary goal of any cryptocurrency creator is popularity. Popularity brings liquidity, significant trading volume, and market capitalization. After the Bitcoin experience, where the mining process has become totally controlled by the big ASIC mining farms, the barriers to entry are too high when it comes to mining. This is something that creators of new cryptocurrencies do not want. They create mining algorithms that significantly postpone the application of ASIC devices or make them impossible to use.

Mining altcoins is significantly easier – this is done intentionally to guarantee that anyone can receive a reward for mining on their home PC, without the need for ASIC devices.

Why are video cards so popular for mining?

The reason is the difference between the calculation power of video chips and CPUs for specific operations. Most tasks for block header targets include calculations with a floating point, and video chips show significantly better performance than CPUs in this area. Therefore, there’s a better chance of receiving a reward by using video cards instead of CPUs.

This is why altcoin miners have snapped up all video cards. 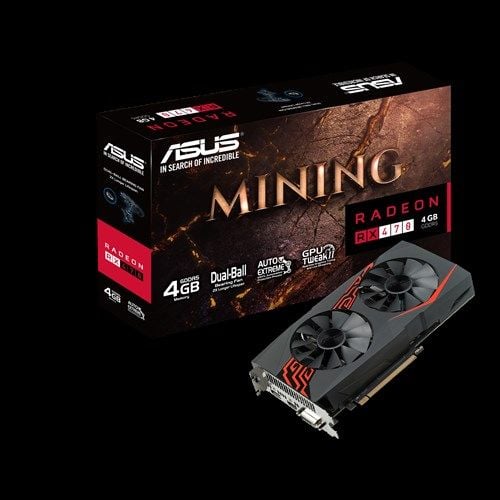 Due to the popularity of video cards, manufacturers have begun producing cards made specifically for crypto mining, like the one shown above that has no monitor slot.

Now altcoin miners are also building farms – not with ASIC devices but by uniting several video cards to create a pool, which they link to a computer. Here is a picture of a small home-based altcoin mining farm. 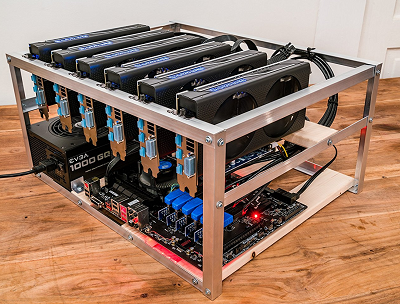 If you take another look at the table from Coinmarketcap.com, you’ll notice that Ethereum sits in second place after Bitcoin. This is not occasional or accidental. Although Ethereum has appeared recently, in 2015 to be exact, it has one important difference from Bitcoin: Ethereum’s blockchain includes not only blocks of transaction information but also “smart contracts,” that is to say, specific interactive programs inside the blockchain. This feature has made Ethereum the second most popular cryptocurrency and very attractive for mining since its price jumped from $10$ to $200$ in six months. Ethereum mining is the reason why miners have snapped up all video cards.

What if miners stopped mining?

Many people think that if it is not profitable to mine Bitcoins as expenses continue to increase and rewards decrease, miners will stop working and Bitcoin will stop functioning. This is not correct. The task difficulty for a block header depends on the total number of miners trying to solve it. If the number of miners decreases, so will the level of difficulty. Besides, a drop in the number of miners will lead to a rise in the rewards given to the miner. During the first four years, the reward for each block was 50 Bitcoins, while now it stands around 12.5 BTC.

At the moment, Bitcoin’s exchange rate makes mining attractive but, at some point in the future, vast revenues will also be generated by transaction fees – this is another revenue stream for miners. So, it’s highly unlikely that miners will stop working any time soon.

Now you know what mining is, who stands to gain, why it is necessary, why graphics cards are sold out, and why video cards without monitor slots have been created.

In this article, we have also touched on Ethereum’s unique features. We will continue our look at Ethereum in upcoming articles.