In the last few years, inspired by Bitcoin’s popularity, developers have not only been improving the existing algorithm but also inventing alternatives. As a result, many new cryptocurrencies have been created although Bitcoin remains #1 by far and Ethereum steadily holds second place. 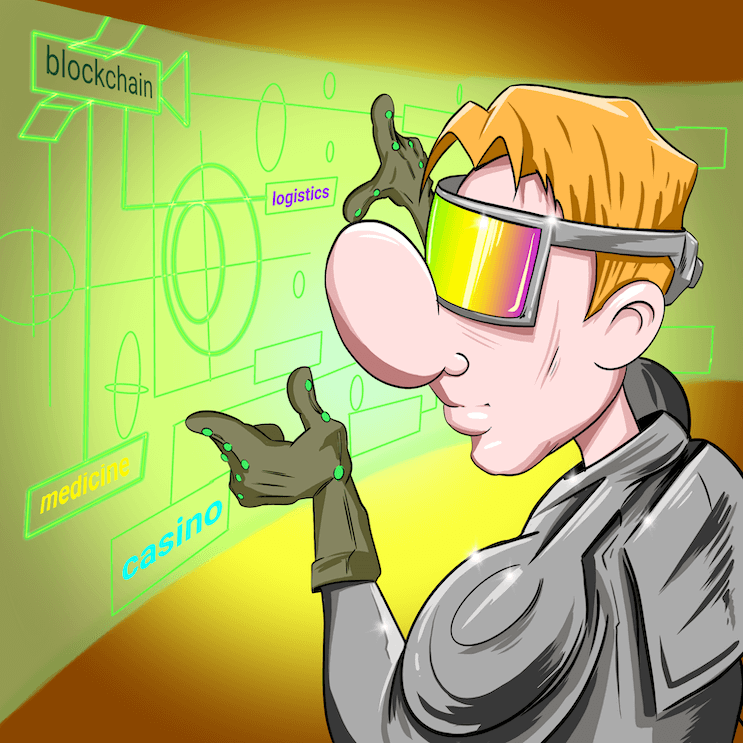 Most improvements in blockchain technology and everything around it are closely related to new cryptocurrencies like Ethereum, Ripple, IOTA, and others. At present, there are more than 1000 alternative cryptocurrencies, which are collectively called “altcoins.”

So what is the reason for its popularity, especially since it was launched as recently as 2015?

One reason is that Ethereum is the most frequently used currency for Initial Coin Offerings (ICOs). An ICO is the process of financing a new business venture, the modern equivalent of the IPO (Initial Public Offering) – when a privately owned company begins trading publically on a stock exchange.

Ethereum is the latest word in cryptocurrencies

Let’s start our look at Ethereum’s success by saying that its popularity is well-deserved because it’s based on its unique features. As mentioned in previous articles, bitcoin and blockchain technology has relatively simple structures and purposes. It enables the network’s members to make transactions safely among themselves. However, despite that the system is smart and decentralized, it is designed to perform “classic” tasks like sending and receiving funds.

Of course, it would be very useful to have a system with expanded functionality, where special programs codes could manage wallets, accept wires, automatically send money, and so on. Staying true to the concept behind blockchain technology, all additional functions would have to be logged and transparent so that every network member can review them. Also, such program codes would have to be very well protected so that no one can crack them.

These special program codes are called “smart contracts,” and they are a part of Ethereum’s blockchain. This means that a smart contract becomes a part of the blockchain, stays there forever, and everyone has a copy of it on his/her ledger. This feature enables any member to use a smart contract, which works the same way for everyone.

Although this feature is not groundbreaking, it has significantly expanded the applicability of cryptocurrencies.

What can smart contracts do?

The main use of smart contracts

Everything that we’ve mentioned above – polls, lottery, bets, and so on – makes smart contract technology very attractive and convenient.

At some point, it became clear that smart contracts were extremely useful in ICOs because they can automate all standard bookkeeping tasks, control how many shares are bought and by whom, process share trades, and so on. They do away with the need to manage addresses, credit cards, regulatory authorities, investors’ authorizations, taxes, and so on.

Moreover, they allow all users to see how many shares were issued and how they were distributed. The blockchain prevents the issuing of additional illegal shares or the duplication of shares already sold.

What is an ICO?

Smart contract technology was not invented in 2015 when Ethereum started, but a little later. Once people learned about this feature, the price of Ethereum skyrocketed from $8 in 2017 to almost $1400 one year later. One reason for the explosive demand was the large number of ICOs that were being offered at that time, especially since they were being managed by smart contracts. This significantly increased the demand for Ethereum itself.

Let’s take a closer look at an ICO and its typical process map: As you can see, an ICO is similar to an IPO and crowdfunding; the main difference is that ICOs are not funded with fiat money but with cryptocurrencies.

What is a token?

There’s one more thing we need to clarify: what are these so-called “tokens” that we keep hearing about?

A token is the equivalent of a share in the standard financial market. When someone invests in a startup project, he/she must receive something in return that specifies his/her rights in the prospective business or revenue from the project. These rights are identified by tokens. In this case, tokens represent assets or utilities. They represent assets that are fundable and tradable.

The typical level of funding sought by ICO startups ranges between $10-20 million. This amount can be collected very quickly, from a few days to a few hours. Since ICOs have ceilings of time or funding level (the total sum of what they are looking to raise), investors often rush in.

Sometimes a buying frenzy is created that goes well beyond common sense. For example, since the blockchain can only process a few transactions per second, investors have been known to pay exorbitant transaction fees ($6000+) in their eagerness not to miss out. While this is an exception and not the rule, millions of dollars can be collected in seconds if an ICO is very attractive.

It is easy to invest, but what about the returns?

What happens after the investors have bought tokens depends on the conditions set by each project. In some cases, investors are paid dividends; in other cases, they accept tokens as payment for products/goods produced by the startup; there are also cases when startups promise nothing in return.

Sometimes, ICOs are bubbles – the startup is just an idea and not a real product. Nevertheless, its token price can still rise explosively.

It’s important to note that crypto exchanges are not regulated by bodies such as the SEC (Securities and Exchange Commission) and the NFA (National Futures Association). That’s why the owner of a startup can buy back his/her tokens from an exchange (called a “buy back”), thereby artificially inflating the token’s price. While this is illegal in the stock market, it is possible on crypto exchanges.

The ability of ICOs to turn enormous profits is certainly impressive. Since ICOs started being offered in 2017, investors had poured $3 billion into them by the end of the year. It should be said that, while raising startup funding is not that difficult, leading a venture to success certainly is. 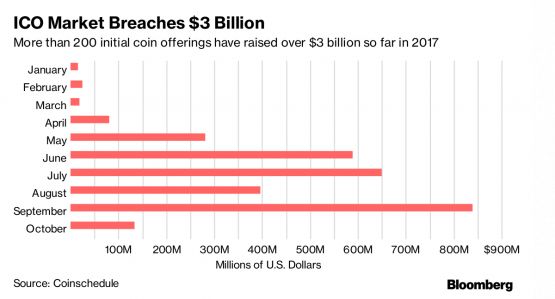 Nevertheless, investors keep digging into their pockets and keeping their fingers crossed...