Well, after making the decision to carry on and trading Forex was to be my future way of creating an income, I searched around some more on the internet because I realised what I was doing at the time was not working. I then discovered a system or a platform, a great platform actually called Trade Station. 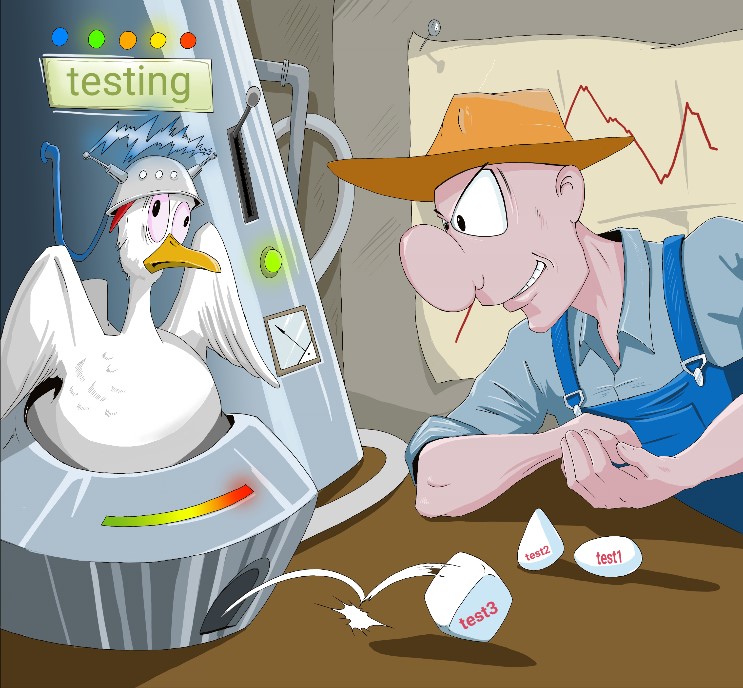 I think at the time it was relatively new for Forex Traders. It was something that I discovered through the forums and I got involved with using Trade Station in quite a big way. I suppose what I liked about it at the time was it looked very sophisticated. It looked complicated. It looked professional and I decided that what I needed and why I wasn’t succeeding was because I wasn’t professional enough. So by having Trade Station as my platform it was my way of becoming a professional trader. It looked really good. You could have all sorts of different markets not just Forex. You could optimise every single indicator that was ever invented and if it wasn’t on there you could get it written by a programmer.

So I decided to pay for Trade Station. It was the first time I had actually paid for a trading platform. I was really feeling quite comfortable because it looked really quite good and sophisticated on my computer screen. So I felt like this is really it. This is how I’m going to make money. I’ve got the right platform in place. It’s just the case of optimising some indicators and away we go. We’re making money, finally.

So what I did is this. I had a few systems that I was currently using and the beauty of Trade Station is it had so much historical data, back testing data and tick data.

The data was very accurate and for that type of process and what I needed to do there was nothing better than Trade Station. It was fantastic. So what I found myself doing at that stage was rather than actually concentrating on the trading, I was spending hours and hours, day after day, week after week, adding indicators and optimising them.

I was doing a massive amount of back testing and waiting for the results to come through. I was then thinking “wow, look at all this money I’ve made in back testing”. What I didn’t understand at the time as how to use the various parameters with each indicator. If you change them and alter the parameters of various indicators only slightly, it can make a massive difference in the actual performance results. Of course, wanting the best all the time I was selecting only the perfect optimised results.

Little did I realise that if I’d chosen the results that were ever so slightly different to the perfect optimised results, instead of making for example hundreds of percent per year the system might have made a loss. This didn’t worry me at the time because all I could see was the historical gains and it didn’t really occur to me to make the historical back test even longer or shorter. I did do this a couple of times and the results weren’t quite as good. This shows that when optimising or back testing you become blind folded to the negative results and you become very excited and proactive and happy when you see the positive results.

The next thing I decided to do then is once I’d reached a set of indicators and a set of parameters that was making a lot of money in back testing; I decided to hire a programmer who was a specialist Trade Station programmer and a very good one that I hired as well. I created the perfect set of rules and the programmer sent me the coding back so then I could then plug that in to Trade Station. This was similar to a trading robot or an Expert Advisor that you have in Meta Trader.

The system was going to trade my strategy for me. So I plugged it in and set it up on a couple of different currency pairs and I just let it go. When I was doing the back testing I was mostly concentrating on the major pairs. I didn’t carry out a lot of back testing on the minor pairs or the cross pairs.

I also didn’t carry out back testing on different timeframes. So when I came to place that software over various timeframes and various pairs in real time it didn’t work and it was constantly losing money. Now the only way to change that was to go back and then add some more indicators and change the parameters again. Then I had to go and rehire the programmer and say “can you code this for me to do ABC, XYZ” The coded script then comes back, I paid the programmer who did a great job again and I added it to a live account. The result was the same, the strategy didn’t work.

I started to think, “hmm, what am I doing wrong?” So of course you then go back to the forums. Trade Station had its own forum. I started reading other ideas that other people have created. So you then have a brand new strategy and you put some more indicators together and you’re all excited and you did the back testing again. Back testing is working an absolute treat again, and in real time it doesn’t work.

So it got to this stage and I was thinking, “Trade Station is the answer I know it is, it just looks so good, why is it not working?” and I repeated this procedure many times. I probably had Trade Station for about 6 to 8 months and every time I had the perfect back testing results. I was making an absolute fortune in back testing, producing lovely equity curves but in real time it didn’t work.

So after paying for the Trade Station platform and paying for programmers, I found myself paying in terms of my own time and effort again as it still wasn’t working.

I am sure if you have been through this process of optimising the over optimising, maybe you’ve been through the stage of buying the robots, buying the indicators whatever it might be, they all work great in demo and back testing data but in real time they just don’t seem to work,or mine didn’t anyway. So again I was getting more and more frustrated.

By now I was almost blaming the platform because I had the best platform I could find, and Trade Station was great. It really is. I’ve never used it since but at the time I had no complaints with it at all as a piece of software. I thought it was a really good piece of software. It just wasn’t producing the results. I suppose now after making the decision to continue trading and having what I could see was the best bit of software with the best programmers the best optimisation still not working on live accounts, Trade Station was to blame.

I got into a bit of a blame game and I was blaming everything else apart from me. Really when it comes down to it, it’s only me as the trader that can be blamed. The market is carrying on doing what the market is doing.

So that then led me to quit with Trade Station and I then discovered Meta Trader 4 (MT4). It was a free piece of software, a free platform with many brokers around the world using MT4. Then that led me to almost start from scratch again because I realised that the optimisation route was not working for me.

The next stage of my trading career was to take everything off my charts, start with a blank canvas and work out what was going to work for me. So that’s what I want to talk about next. This is when I start to actually make some money. It had taken a number of years to get to this stage. I am sure again you can relate to this but finally after starting with a blank canvas the money did start to roll in. It took a little time to happen but I’ll talk about that in the next chapter.