7. What The Big Players Use

I now want to talk about what the big players are using and how researching into that information really did take my trading to a new level in not only understanding the market but also from my point of view at that time and long term more profitable. So the “Why” I started to look into this was because with my new understanding of price action and understanding what that was telling me about the market I realised that there were a lot of traders like me sitting at home trading $10,000 - $100,000 accounts. We weren’t really that influential in the market and obviously it was the big players, the banks the financial institutions that were a lot more influential then lots of people like me so I needed to try somehow gain an understanding of what they’re using, bearing in mind that I had no contacts in banks, I’d never worked in one, I didn’t really know anybody that worked in a Foreign Exchange department within a bank. 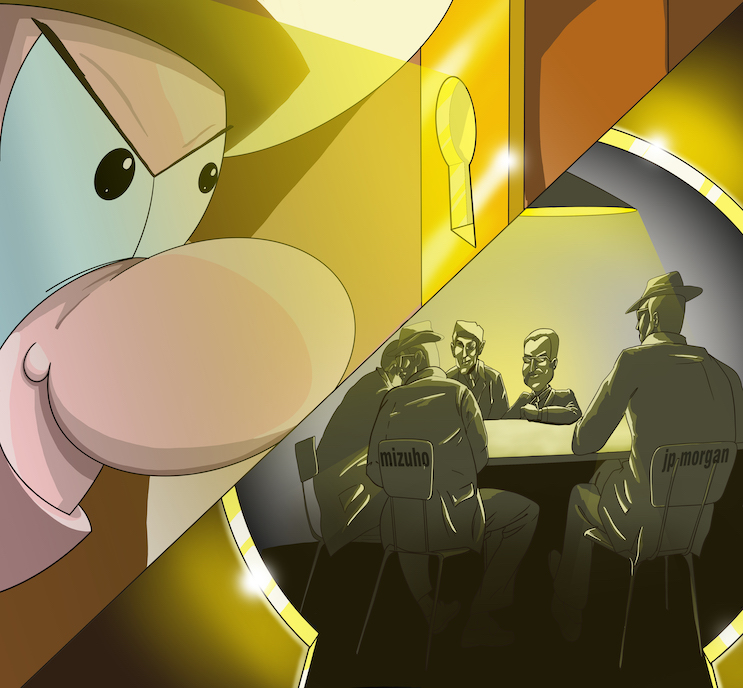 Forex back then was still relatively unknown. Even my own personal bank manager had no idea what Forex was so it was still quite an unknown product at this time.

So I went online and started doing some more research and discovered quite a number of things. I discovered an understanding of Fibonacci levels again. I had already used them in the past but I used them in very much the traditional way of looking for swing highs and lows, extensions and retracements, etc. However it came back to a fact that I’ve found that very difficult to use in real time. It was one of those things like I’ve mentioned like Elliott Wave, etc. that looked great in hindsight when you have historical charts with perfect swing highs and perfect swing lows but it was very difficult to use in real time.

So in my quest to understand more of Fibonacci levels I discovered a signal service run by an ex-bank employee and he was keen on using Fibonacci retracements and extensions for his longer term projections about where a certain currency pair maybe heading over a coming days, weeks and even months and I found that his projections were very accurate most of the time. So for me it was worth investing in his signal service because I had some knowledge to realise that with his signals service he was using Fib levels. He was not just using a group of made up indicators for his signals. He also sent his signals at the same time everyday which I found really good because it meant that I could rely on his signals coming through at a set time give or take half an hour and it meant that I could plan my day around his signals and my trading around his signals.

I also found that by using his price projection levels and his profit target levels for each day, I started to play with Fib levels and I started getting an understanding of how “this pair is likely to go to a certain level” because it’s a Fib extension level. I couldn’t quite work out how he was basing his levels, whether it was over a series of candle patterns or over time. I couldn’t work that out but I realised over time that Fibs were such an important part of his projections so it got me playing on my charts with Fib levels.

Almost by accident I discovered something that worked for me that I’ll talk about that soon but I was using Fibs and it was very easy to use and easy to understand way and that has since developed to be a big part of my trading on the longer term charts which I’ve brought into my coaching program that my clients now use very successfully. I’ll also talk about that shortly.

The other thing that I discovered that the big banks and institutions used are these things called pivot points. Now I’ve really never heard of pivot points. Well, I had heard of them but they didn’t really mean much to me.

I had read about how Pivot Points were calculated but again that didn’t mean much. They were just a few lines in the chart which were quite boring. It didn’t really add anything to my trading a couple of years previous. However, during the research that I had carried out, many of these institutions were talking about pivot points so I thought then that I actually need to some more research into them because if the banks are using them shouldn’t I be using them?

Pivot Points may or may not develop to a large part of my trading plan but I needed to have some more knowledge and information about them because as I’ve mentioned, if the institutions and the big players are using them surely I’ll be using them in some form?

So I then added Pivot Points to my charts and looked at the various calculations showing the way the pivots are formed and I started to see a pattern there and I started to see that if a price action was let’s say already above the pivot point then it was more likely to continue upwards. If there was a downward pressure and the price had broken through the pivot point and there was engulfing patterns the bearish engulfing patterns and more likely the price was likely to continue downwards. I also noticed that the price started to then bounce at these pivot points.

The pivot points then led into more recent into more research about support and resistance levels and all of this research combined started to give me an understanding of swing highs and swing lows and the reasons for these.

Price doesn’t just keep going up and up and up forever even if it does move up over time regardless of the timeframe. Of course within that upward move, it moves up and it pulls back and it goes up and it pulls back and it goes sideways, it might go down then goes up again - overall you’re seeing an uptrend but within the course of that uptrend there are series of movements and swing highs and swing lows all going on within that overall uptrend.

That was also an important point about looking different timeframe charts. If I was looking at let’s say a one hour chart and all I saw was green candles and an uptrend of course when I scaled down to a 30 minutes chart, a 15 minute, or a 5 minute chart, I could see a series of pull backs and red candles as well within that but when I expanded the chart to an hourly chart all I was seeing was green bullish candles and it’s a problem that many people have and today a lot of people still come to me and say “Hey Andrew what time frame chart should I be trading?” A lot of people get very confused because they will see bullish candles on an hour chart and they’re thinking “the market is moving up” and then they will scale down to the 5 minutes chart and all they’re seeing was a series of red candle and the price moving down.

My knowledge grew by looking at the relationships of the different time frame charts and having an understanding of price action plus understanding what bounce levels meant. The price might move up, hit a certain level and then retrace. Why did it retrace? Why it didn’t continue any further?

You can now see how all of these started to combine to give me a system that was aiding my candle patterns that I’d discovered. When I began to put everything together, I was starting to not only make more money at the time but I was also feeling a lot more confident and I was now finding I was trading less, I was watching the charts less, I had a greater understanding of the market and reading price action was helping me.

I then needed to work out exactly what was going to work for me and I’ll talk about that next.