I called Chapter 10, “Can You Teach Me How To Do That?” because that’s the conversation that I had. For a long period of time I had subscribers who were paying a monthly subscription. I was making really good money through offering this service, plus I was making good returns via my own trading. My subscribers were also make good money through my trading signals and everything was going along really well. I had no intentions of changing things, clients were coming aboard all the time and everybody was happy. 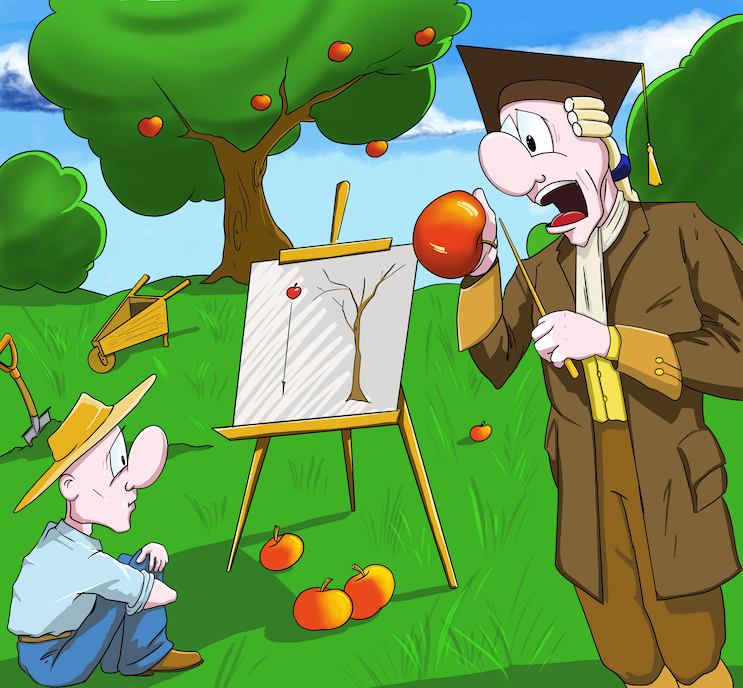 At the time the auto trade companies were taking on more and more signal providers and I was finding through the grapevine that a lot of people were becoming unhappy with the way that their auto trading was progressing because of large draw downs and no stop losses being placed on their trades with the majority of the signal providers simply chasing pips by taking multiple trades. Whereas my clients were happy because they were receiving an email once a day, they could place the trade on at the given level, they could then place the stop loss and profit target, turn off their computer and walk away.

Everything was great and working well, people were happy but then out of the blue one day I received an email from one of my subscribers and he said to me, “Hey Andrew, I’m loving what I’m receiving each day from you, I’m making some really good returns. In fact I’m liking what you offer that much, can you come and teach me how to trade?” This wasn’t really something that I ever thought about before and the email really just almost blew me away. I thought to myself, “Wow there is someone here who is liking so much what I ‘m helping them with, in terms of providing them with a passive income here through trading that they actually want me to come and teach them how to trade the way that I trade”.

I had many email conversations which lead on to phone conversations with this client who lives in Noosa in Australia. It got to stage where I agreed, yes I will teach you to trade the way that I trade but you need to bear in mind that if you pay me to come and teach you, you’re the first person that I have ever taught. So we went through that process and both sides agreed.

We agreed a time and the date for me to fly over to Noosa in Australia and over the next few weeks I rapidly put together a course, almost like an instruction manual starting from absolute basics through to every single step in a logical order of the whole trading approach and strategy.
I started with the money management aspect and the understanding of that subject. We then went through the course understanding the Meta Trader (MT4) platform, in terms of loading software and then right through the absolute basic of candle patterns, support and resistance levels, pivot points, round numbers, divergence and everything else that I teach in my course.

Everything has to be made up in a logical order as if I was teaching someone from absolute basics through to the entire strategy. I had a few copies of the course printed and bound in a folder and a few weeks later I was on a plane to Noosa in Australia. I went over there and I spent four days with this guy and his family. They were a fantastic family who looked after me really well.

We spent two whole days actually going through the strategy and we also spent some time on the third day to finalise everything. We deliberately worked quite slowly, we took our time and did a lot of refreshing each section of the course and we spent a lot of time trading in real time looking at the charts. It was just a really good experience for both of us. For me it was opening up a possibility of teaching people and helping people. At the same time I could still place my trades on the daily charts once a day so I wasn’t losing out by not being able to trade. I was still able to trade while I was there in Australia teaching. For the client, it meant he was taught privately one on one, he had my course strategy, he had software that I provided him with and he was very happy.

The experience got me thinking, I flew back home to New Zealand, I carried on with my trading and I carried on providing a signal service to my subscribers. Not long after, I send an email out to the list of subscribers and said what I’d just put together - a trading course and I explained that I’d flown to Australia and I taught a person privately and he was very happy with everything that I taught him. I asked in the email if there was anyone else out there that would like me to come and teach him privately. This lead to some emails coming back and through a series of more emails and correspondence, I ended up taking up a three week trip from Auckland in New Zealand through to Kuala Lumpur in Malaysia, then I flew across to Colombo in Sri Lanka and spent around four days there. Then I flew from Sri Lanka up to London and from London I flew to Spain, Spain to France, France back to London again and then flew home via Hong Kong. I taught clients in Malaysia, in Sri Lanka, then Spain, France and England and flew home after three weeks away.

It was a very enjoyable trip but as you can imagine it was quite an exhausting trip but over those three weeks there were five clients who I taught privately. Four of those five clients are today still actively trading.


So that was how I started “The Forex Trading Coach”. As you can tell it started completely by accident as a result of the gentleman in Noosa saying, “Hey Andrew can you come and teach me how to trade rather than me just buying a subscription”

When you think about it, those people who really do want to trade, they want to trade by themselves and they want to be independent traders. People don’t want to rely on someone else’s signals all of the time (or most people don’t want to) if you develop passion for trading. It’s just very easy to copy a piece of software that says buy here, or sell there or to install a robot or copy someone’s signals or let your account auto trade.

The problem that I always have with robots and signals is what happens if either the strategy stops working or the person doesn’t provide the strategy any longer, or the subscription fee goes from a hundred dollars a month to a thousand dollars a month and you can’t justify buying it. Whatever the reason is, all those systems that you rely on someone else didn’t quite have the appeal to me whereas I’ve found over the last five years with my clients through The Forex Trading Coach is that the vast majority of people want to learn to trade for themselves. Although after I returned from the three week trip I did carry on providing trades to my subscribers through the signal service, the whole ball started rolling in terms of developing The Forex Trading Coach as a proper company and developing that into a company that could help people who genuinely wanted to learn to trade Forex for themselves.