2. Through the Eyes of a Beginner

With great excitement, many people commence their forex trading "careers" believing that they can master the forex market quickly and become very rich in no time with little effort on their behalf. Prior to this moment, they were most likely subjected to an intense publicity onslaught convincing them about the easy forex profits within their grasp. All they needed to do was either use any of the powerful forex tools available or simply listen to one of the many self proclaimed forex gurus. So, without any further ado they took their initial plunge by opening a demo account with one of the large forex brokers.

Now, considering the sheer complexities of the forex market, you would most probably think that the majority of these new traders confronted reality, hit a brick wall, and lost their budgets soon after startup. Surprisingly, you would be wrong. It turns out that many beginners experience various degrees of success whilst demo trading which convinces them to consider live trading prematurely. In fact, many traders achieve considerably better results using their practice accounts from those obtained when they go live.

What causes this odd phenomenon? If these individuals, trading profitably on practice accounts, are credible, could their ideas be incorporated into a trading strategy that could enhance your profitability? 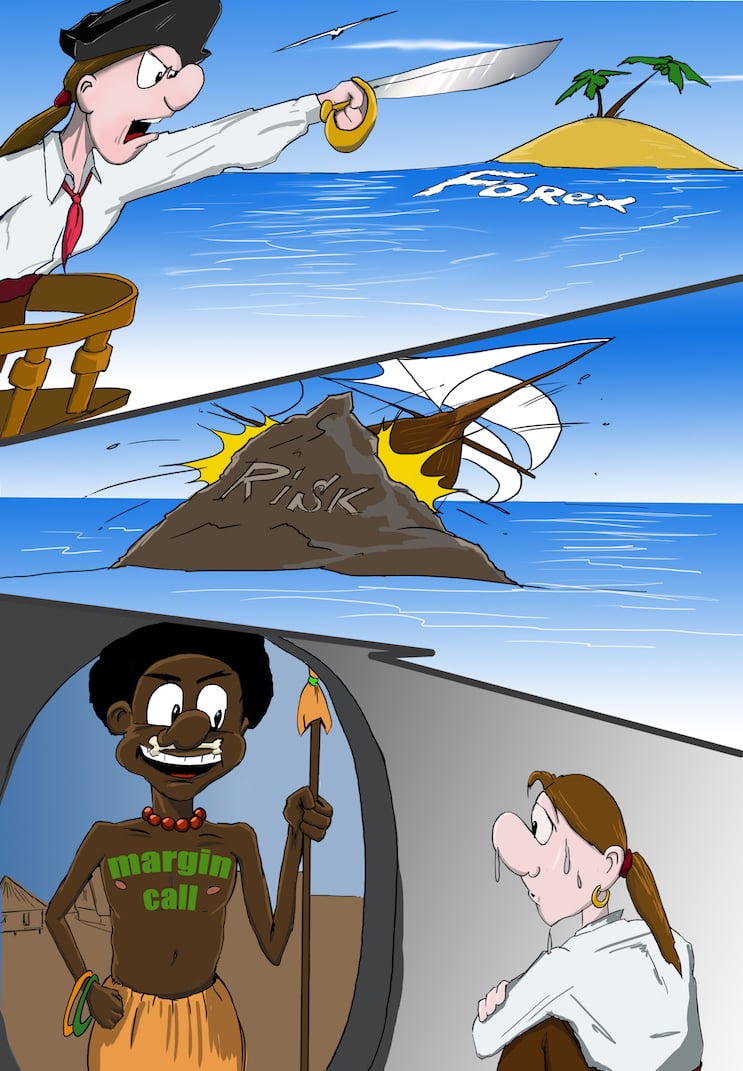 First, let us not delude ourselves - basing decisions on the experiences of new forex traders is a dangerous practice. So, we need to place this concept into context. To achieve this, let us consider the differences between the mindsets of individuals new to forex trading and those who have been in the game for a longer period.

Beginners tend to believe that every trade they select will be successful and do not appreciate that there will always be a number of losses. As such, they do not base the design of their trading strategies on this important fact.

Novices overtrade and have little understanding about how to apply good money management principles to their forex trading. They do not properly comprehend the concept of leverage and as such, risk far too much per trade. New traders tend to let their emotions rule their decisions and as a result, approach forex trading with a gambler's mindset. In addition, beginners start live- trading before they have even designed a good forex trading system and as a consequence perform ill-advised actions such as trading multiple currency pairs before becoming competent in one. They fail to understand that successful forex traders are first good survivors and then big earners.

In contrast, experts in forex trading have successfully negotiated this quagmire of difficulties over long periods of time. As such, they can now approach their trading in a totally different way from novices because they have taken the time to develop their confidence and discipline as well as gaining a solid understanding about all the aspects of forex trading. They have realistic ambitions and understand that their trading systems will always experience failures and have adapted them accordingly.

Whatever clear vision that the novice held in the first place is quickly diluted during the long path to becoming an expert. The process of upgrading from a demo account to live forex trading also involves degrees of mental anguish. From just an operational point of view, a live account involves additional difficulties such as much greater slippage, re-quotes, spread differences, and connection problems. But far more importantly, the new trader experiences serious changes in their trading psychology when commencing live-trading. Traders can suffer large drops in confidence when they experience bouts of monetary losses. As a result, their faith can wane in their own trading systems as fear, anxiety, and doubts run havoc. They find it increasingly difficult to retain a positive attitude when their only relevance point is a string of painful losses.


During demo trading, most of these problems did not exist because they were not using their own money. So when they started trading with their demo accounts they were not immediately subjected to powerful influences related to trading the forex market. It can be argued that in most instances, they simply took a snapshot decision based on current trading conditions. Their charts were not cluttered up with all sorts of technical indicators and their minds not influenced by the many different opinions about the current state of the forex market. Basically, if the trend was rising, they bought and if it was falling they sold. They were not over-concerned about finding the best exit condition to maximize profits. They just closed the trade down because it looked right.

So is it possible to harness this clear, uncluttered but naïve approach without exposing ourselves to the enormous risks of completely accepting the advice of mere beginners?

The idea here is, to get an "objective" opinion, which hopefully can save you from some loosing trades. To do this, use your current forex trading system to collect about 50 new trades. This is best done by establishing a micro real trading account which can be used to compare all future trading systems (details about the reason for this follows). Configure your trading system to a low risk profile with the following settings: Carefully record all the details of each of your 50 new trades in your trading log book. Once this task is completed, you can then determine the win:loss ratio and EV of this statistical batch as described in the first section of this book.

Next, you must add a new action into your trading system that involves asking the opinion of a novice forex trader or demo trader. Even a family member or friend who has no experience with forex trading can be "used". Show them your trading chart concerning your next potential entry and ask them for their first impression and record their immediate reaction. Take note of this "recommendation" and reconsider the trade before entering based on what you have just been told. Consider whether this actually might be the right place to enter, and the right direction. The idea here is that it seems to be common practice for traders to trick their own mind in the sense that they often decide or convince themselves that a pair is going in one particular direction until it reaches a predetermined point. After this decision has been taken, it is difficult to realize that there might actually be another opportunity. People often make a decision and afterwards they start to look for signals and ideas which can confirm this belief. This typical process should be turned upside down, and applying the idea mentioned here can help you in realizing this.

As before, you then need to use your enhanced forex trading system to collect a new batch of 50 statistical results and, once completed, recalculate its win:loss ratio and expectancy value. Next, compare the results that you have obtained from the two batches. Should the second one record any notable improvement over the first, then you should definitely consider integrating this extra step into your forex trading strategy. Or at least it should make you aware of the value of always thinking twice before taking a certain trade. I suggest you use a micro trading account for the above mentioned process. A lot of traders will recommend you to start out with a practice account, but I have to disagree with using a practice account to develop your trading system. Forex trading is not a predictive activity and the best that one can achieve is to design a forex trading system with the probability of gaining as many wins as possible, along with a good money management system. Most experts recommend doing this using a demo account. I am not in favor with this approach. Demo testing does not sufficiently focus the mind because none of your own money is at risk. As such, demo results are quite often not recorded well enough and indicate a much higher level of optimism than what will be achieved during live trading. I am not suggestion that you jump right into real account trading. Demo trading can be a good practice experience to learn about how to place trades, how to apply different indicators, which market hours to trade, etc. But in my opinion, that's about it.


To overcome this problem, the method that I use is to employ a micro forex account and use the lowest possible lot value which is normally 10 cents. (Editor's Note: Look around. It's possible to trade for 1 cent per pip or even 0.1 cent per pip at some brokers.) By applying a good money management equation, your risk exposure can then readily be controlled and limited. For instance, if your total budget is $500, using the minimum lot value of $0.10 with a 50 pip stop, only exposes you to a $5 total risk or 1/100th of your account. By using this concept, you can expose yourself to the realities of real trading whilst placing your budget at minimum risk. This is not just something which should be applied by individuals new to forex trading, but also those who have been in the game for some time, looking to test a new system or strategy. Even though the capital at risk is at its minimum, it still exposes you to some of the psychological aspect which makes you more aware of what you are doing.

As an interesting observation whilst using this micro approach, I still found that my results gained during live testing were dramatically worse than those I obtained during demo testing. Even more puzzling was that when I back-tested my new live data, I discovered that the results now obtained were more in line with my original demo-testing. After spending time analyzing this discrepancy, I deduced that my own human emotions were the source of this deterioration in performance.

So in summary, do not underestimate the jump from demo to live trading and also realize that successful trading methods can appear from the strangest sources; in this case, through the eyes of a new forex trader.