December 2016:  There is an FPA Traders Court guilty vote against this company.  The case filing includes evidence linking Plustocks to the GreyMountain Group, a known collection of scam companies.  The FPA considers PlusStocks to be a scam.  The FPA recommends against placing money with Plustocks unless all issues involving Grey Mountain Group companies can be resolved. 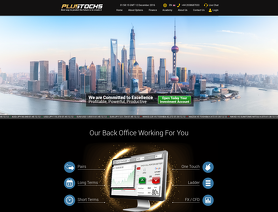 Service use: Live
Please help me i invested money in plustocks 18.07.2016 year 1250 $. And this is scam company, who is completely this case please answer me

Same exact thing as RyanF, Hell even dealt with Leo Bowman. They did the exact same steps. If you can provide any assistance that would be very helpful, this happened in 2017
M
Mr Bedworth
South Africa , South Africa,
Jan 19, 2017,
Registered user

I have had similar experiences to RyanF in dealing with Edward Barnes, James Collins and Abe Reichman in losing over $20k US.

Issue escalated to Traders Court ryanf vs plustocks.com | GUILTY
If I could give Plustocks a ZERO I would. This company has been nothing but deceitful and fraudulent from the beginning and is a total SCAM. Before even depositing a dime, I asked both Leo Bowman and Edward Barnes a number of times if there would be any issues withdrawing money as requested. I was reassured numerous times "NO", and not to worry. I've made many requests to withdraw money and even received a written response from Edward Barnes that my money was on it's way. I've emailed and phoned the so called customer support team which is non existent and just give you the runaround if you receive any response at all. I've received unauthorized transactions in the thousands of dollars. I requested a freeze on my account and in turn they have since locked me out and won't respond to any emails. Binary options are illegal in Canada which I found out later after looking for help and investigating. Please investigate this company.

Nov 18, 2016 - 1 Star I wish I could give Plustocks a ZERO. I would like someone to look into this fraudulent company. I've received nothing by lies and deceitful information. I was promised and reassured my withdrawals would be processed. I've received unauthorized transactions on my credit card in the thousands of dollars. As soon as I realized I wasn't going to receive any money back, I requested a freeze on my account. They have since locked me out of my account and have ignored all emails and requests.

I'm a Canadian. I found out after depositing money that binary options are illegal in Canada. This company shouldn't be dealing with Canadians and are operating illegally but are operating out of Israel. They are one of many Israeli fraudulent binary options companies. They have a UK address listed and I believe just recently changed it to Sofia, Bulgaria.