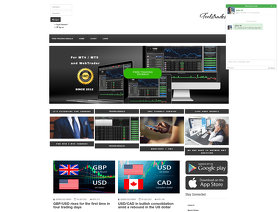 Forex SignalsEmail / SMS Service
From at least as early as November 2020 until August 2021, a very large number of fake and suspicious reviews have come in for ToolsTrades.com.  These reviewers overlap between multiple companies, including:

Join live discussion of ToolsTrades.com on our forum

After a very intense telephone conversation they convinced me to sign up with 24 options First red flag asked if i could get back to them ,they said it would not be possible as i would loose my place
A few days after i had paid my money was phoned by the account manager of 24 option and told that the 250 us i had was to little and would have to have a minimum balance of 2000 us if i wanted his assistance
Later decide to try and cancel and then the B.S.started they are now refusing to refund my money after numerous attempt's to supply them with the documents that they accepted to open my account are no longer acceptable

Before coming across ToolsTrades, it was hard for me to do forex tradings as it is risky. But toolstrades made is so much easier. Their signals seem perfect, even the free ones. I think their brokers and algorithms are top-notch. What can I say, I'm very impressed to have 24x7 customer service. On-site financial blogs are a nice touch, so we don't have to go anywhere else to stay up to date. Those user success highlights are very inspiring. I think people should try it out.

I’ve been interested in trading for quite some time now and I must say that Tools Trade certainly made my life easier! Apart from sending accurate signals, their customer service is always there to rapidly clear any queries I have. I initially used their website only but due to how satisfying my experience has been I installed their app as well to constantly keep myself updated. Highly recommended, especially if you are just starting out with trading.

For two years now,I have been looking for a credible site that can provide accurate signals to trade my forex live account.Thanks to my friend who recommended Toolstrade to me.Though I have lost some few times,but the success rate has been over 80%.The App often updates me with financial news that forms my major trading decision.
The application is user-friendly and so easy to use .I will advise new traders to try Toolstrade .Big up to those self-less people that came up with Toolstrade.
1 trader has found this review helpful

I would love to recommend this website for all my friends, as a beginner, Tools Trade is giving me much information with real time data and free trading signals, which is really help me to make trading decisions. In additional they give me notification about financial news that I need and always up to date. Whenever I have questions, customer service are always there to help me with their quick response as I wish.

I contacted ToolTrades after reading online reviews about using its Forex Signal service. Its condition was for me to open several accounts (minimum deposit of USD$250.00/account) with their key broker partner, Capital. After some hard sell attempts by several of their salespeople, I stuck to my guns and said the Basic Plan of Seven signals per day (indefinitely) with one account was good enough for a start They tried to con me into opening more accounts after one week (by cutting off my signals) claiming that my Trial Plan was over. I got into it with them and proved that nowhere in their chat transcripts did it say it was Trial Plan with a 7-day limit to its signals. After threatening to go to Forex Peace Army and other Forex forums with my grievance, the 7-signal plan was reinstated as long as I had an account with Capital. Capital’s web trading interface just wasn’t working for me as I’m used to MT4. Also, I wanted to document my trading with MyFXBook and run additionaL EAs, which its account manager said I could not because I needed MT4 or MT5, which it does not have. So, on, Jul 22, 2020, I wrote to Capital to close the account and withdraw my full balance of US$274.77. That is when the runaround & dirty dancing began by Capital. I have documented emails of all I am stating here. First, it wanted a photo of me holding the Debit MasterCard I used to fund the account with only the first six and last four digits showing. When I sent it after cutting out the middle numbers as instructed, I was told that graphic editors could not be used on the photo, which was not relayed to me at the onset. After that was sorted out, next it insisted I show a card statement showing my Name and MasterCard number. My two Debit cards, Visa & MasterCard, are tagged to my savings bank account. I do not have separate statements for the savings bank account, Visa, and MasterCard. They are consolidated into one online statement. I forwarded that to Capital in three parts, the savings bank account with clear transactions involving my two cards, the statement showing settled card transactions (with the actual proof of deduction to Capital), and the Pending MasterCard Transactions done on the same day of writing the email. All were rejected now with the claim that my Name and MasterCard number were not together on a single document. I wrote back showing with pointed Red Arrows that they do appear right on top of my Pending Settlement page. Now that the game was up, it changed tack. Now I was told to initiate a withdrawal to my bank account. This was because when Capital attempted to refund my money back to my funding method through MasterCard, the transaction was rejected by the card issuer which also happens to be my bank. My bank denied this ever happened. So, I attempted to request for the withdrawal but when I logged in to do that, I had all the necessary info except for an IBAN number which is not used in my country or region. Proof of this is on my bank’s website with an explicit statement that all the Sender needs are a SWIFT Code and the beneficiary’s (me) details. I send the link to Capital. This went back and forth a few times and finally, it ended the matter by saying if I didn’t get a bank statement with 1) Name of my bank, 2) Swift code, 3) Account number, 4) My name as written on the bank account, together in one document, Capital would not initiate a withdrawal and will just close the matter holding my money indefinitely. I contacted my bank and forwarded this weird email request for which I was promised such a document within the next few days. The interesting point during the entire exchange is that I was reminded by Capital that if I didn’t get the documents it wanted, it will cancel my closure/withdrawal request. I forwarded Capital the email I sent my bank requesting for such a document and promised Capital that the regulatory bodies licensing it & all other Forex forums will hear of its underhanded tactics no matter what the outcome. Capital has since remained quiet and it seems I have lost my money forever. So, fellow traders, be cautious of ToolTrades and most definitely, be very, very careful of Capital. There must be some way to punish such fraudulent outfits from conning unwary traders! I will write to the regulatory bodies of Capital. I don't know if Forex Peace Army could do anything to help.

You can't go wrong with ToolsTrade

Honestly, if I had known how easy this is, I would have started years ago. They provide an amazing customer service, the best I have seen on any website, not just for trading. They provide great articles on how to get started, and basically lead you through as you get going. With the signals they give you, the only way you can go wrong is if you don't pay attention, and you can only blame yourself then. Give it a try and you will be financially free in a very short time

Tools Trades is a great platform for signals

Tools Trades is a cool platform for those who are serious about buying and selling commodities online. Their site is professional and their application works perfectly. The application gives the user notifications instantly on the latest news information that can affect the price of commodities. Tools Trades is a trustworthy platform for beginners and experts. They can get signals on time and trade wisely. The customer support is professional and always available to assist.

If you are a beginner

If you are a beginner and is looking for website to learn how to trade, Tools Trades is good for you. Their 24/7 live chat will always be there for you if you have doubts in your mind when it comes to trading signals. Their interface is easy to use and you can find everything you want to learn in the world of trading. Trading always comes with risks which will discourage you especially if you don’t have enough knowledge about it. Thankfully, Tools Trades is there to help you with your worries.

I would recommend Tools Trades

I think Tools Trades is pretty good. It sends me accurate forex signals to my mobile, which helps me to make better trading decisions and earn more money. The market forecasting and exchange analysis on the website is incredibly useful for getting up to date information and comparison (particularly on the UK-US markets). I find the website and app easy to use and would recommend it to anyone looking for a provider of forex signals.
Sort by:
Show: