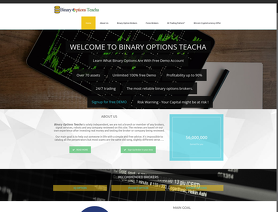 HE LOST MY $1000 ACCOUNT AND TRIED TO ERASE HIS FOOTSTEPS

Service use: Live Length of use: 0-3 Months
I asked him to manage a $1000 live account. He did not touch the account almost 2 weeks and when he did, within 2 trading days, lost all. Can you imagine placing many pending orders of 100 lot size on gold on a $1000 account.
He deleted our conversations and his public telegram handles disappeared. I tried to message on his site but the message won't be sent, saying error in sending.
I have only sent him a message through his email at forexteacha1940@gmail.com and no response. The account statement shows a gross irresponsible and ineptitude trading.
If he refunds my fund, I can change my review.
1 trader has found this review helpful
K
Khaiya
Jamaica,
May 8, 2019,
Registered user

His easy 1-2-3 trading system seems to have some potential, and the signals he sends in his free signal group are overall profitable, but beware of the managed account service he offers.

He often runs a special where he guarantees your account will double in a week, but this guarantee is meaningless as there is no refund or anything if he fails to double the account.

I signed up for a managed account with him ($2000 minimum, 50/50 profit split, broker of his selection) I thought the commission amount was high, but I was ok with paying it if he could produce the type of results he sells on his YouTube channels and telegram groups. As I said, the free signals he sends out are pretty accurate, but I wanted to give the managed account a try as most of the signals are sent out during London session while I’m asleep.

The first week after signing up, there was no activity on the account at all, (there goes the one week guarantee) but he started working on it in the second week and made 50% on the account the first day, bringing the balance up to $3000 (I have a screenshot of him bragging about the results on his channel). Then he spent the next 3 days destroying the account and bringing it down to $80+ dollars (I have screenshots of that too.) He kept opening 1 lot trades even when there was less than $500 left in the account, and it seems the account was not being monitored as positive trades were left to run into negative after being $500 and more in profit.

When we asked what was going on, he complained that somebody was closing the trades (we only ever used the investor password to log into the account, so it definitely wasn’t us.) We sent him the journal entries showing that the trades were being closed because of margin calls, but he insisted the margin should be fine and kept opening 1 lot trades until only $80+ was left. He did manage to bring the account back up to $408 in the days that followed, but then he stopped trading on the account altogether and abandoned it there.

After waiting a few weeks, we wrote him for an update and he said he was going to set up a pamm or mam account and invest money there for us because he felt bad about what had happened (but still wouldn't accept responsibility). We waited and waited and suggested several reputable brokers that could be used, but he had an excuse each time for why each broker wouldn't work.

Finally after waiting several weeks, I asked him to either refund the money until the pamm was set up, or continue trading on the account until it was back up to the original amount. Again he made excuses that it was not his fault because he did not close out the trades, somebody else did, so he never offered a refund, he offered to invest in the pamm once it was set up.

I asked him how long it would be before the pamm was set up, and got no reply for several days. Finally I told him that since we couldn't resolve the situation I would be writing this review, at which point he blocked me and removed me from his channel.

I am very disappointed in the way he handled the situation. I do believe he CAN trade as the signals he sends out are good signals, and if he took those same signals on my account with sl and tp in place, the account would have been profitable, but no sl was ever used from what I saw, and the lot sizes were way too big for the account size. I do believe that he can trade and his trading system could be useful, but due to my own experience with him, I definitely would not be recommending his service to anyone.
3 traders have found this review helpful
Sort by:
Posting Date Rating
Show:
5 10 15 50