This is another Panama based HYIP type company. The FPA recommends against placing money with HYIPs.

The company seems to have disappeared.

SCAM CONFIRMATION: 2010-06-01: The FPA Scam Investigations Committee has confirmed a scam complaint against this company. Panamoney.net is hereby blacklisted by the Forex Peace Army.

Website is down.  One less HYIP scam on the web.  This one lasted longer than most, but that only made it easier for people to believe that HYIPS can be real and lose all their money when it crashed. 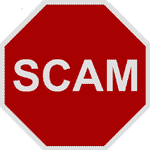 V
Victor
Peru, Lima,
Apr 8, 2010,
Guest
Let me share my experience. Invested $10000 in March 2009 and returned my initially invested deposit in January 2010. First I instructed to trade only with one currency pair, but it affected my income as on average profit was 0.3-0.8% per trading day. I hedged my funds with several currency pairs and my daily profit became more stable and it's close to 1% at the moment. They show their trading chart in real time and trade Mon-Fri on business days. They make many trades per day and there are many negative trades, but the volume of positive trades is higher, so in result we make money here, and good money of course. I referred a couple of my friends and all of them returned their deposits and receive pure profit from trading now.

I would suggest to avoid using electronic payment processors as they take too much money for their services. The best option is bank wire deposit to their account. They have a low minimum managed forex account - just $1000. And the minimum to withdraw is $1000 too. So if you invested the minimum you need to wait until you can withdraw your first profit. Recently there was a delay with bank payments for 5 days because of Easter holidays of their bank.

One more question to the forum readers: what is the average number of forex holidays per year for the managed forex trading companies? I ask that as panamoney avoids trading on major forex holiday as markets can be not stable (or not active) and less predictable. Let me put 5 stars for this company as I'm satisfied with it.
D
Dianna Cruz
Orlando Fl USA,
Apr 8, 2010,
Guest
Panamoney stole US$160,000.00 from my company. We had an account with them for over 5 months and one day they simply took away my access, made my account disappear and stole my 160 grand. A lawsuit is being made my us against them. Stay away from them, if we win, Panamoney will be shut down.
T
Tepla
Hungary,
Apr 4, 2010,
Guest
Hello. I have very positive experience with PanaMoney. Last year I invested 57400 usd. To date my initial investment is returned after expiration of 180 trading days. The average profit I received with them is about 1% daily. It depended on the trading results and the currency pair I chose. Some of my friends have bigger deposits with panamoney and no any problems. The profit is paid on time as promised on their site. Their customer support is very helpful too. Happy investing.
R
Roger
Georgia,
Mar 24, 2010,
Guest
I invested nearly $17,000.00 in Panamoney January 2009.
Up until this past Tuesday (3/24/10) I had a balance of more than $160,000.00. On Monday March 31st I was to be able to withdraw $23,000.00.

"I just wanted you to know that because of your successful company, I hope to leave end of 2010 for Africa to work with HIV individuals and to largely support myself and my wife with earnings from Panamoney."

On Tuesday evening (3/24/10) immediately after I had re-invested that days profits ($1,300.00), my account vanished in front of my eyes as Early Withdrawals were initiated in all my positions leaving me with NEGATIVE balance of $6,700.00.

I could see from the IP log that someone else had accessed my account and from the "ticket" section it appeared that whoever they were had already sent in a 'ticket' validating the Early Withdrawal request. That email had my "what is your childhood hero?' answer as well as a diffent LR account number.

I immediately put in tickets (its was 8 PM EDT) and sent an email to the company. Here is their last response.

You are contacting after the early withdrawal was processed, and this transaction is irreversible. See Terms of Service for reference:
12.4. The Client shall independently monitor the transactions made through the account and inform the Company of any discrepancies or unlawful access. - We expect the clients to inform us right away (that is why we have the Access History page for where you can see all details of who and when accesses and what changes have been made), but not after the irreversible transaction was made, as: 11.3. ... The transactions within the client's account are irreversible.
Please, also note:
13.1. The Company shall not be responsible for ... or any unauthorized activity in the client's account.

> I've already notified you that last evening that my account was hacked -
> you have the IP address - and someone initiated early withdrawals in all
> my positions.
> As you can tell from your records I very rarely access my account from a
> computer other than my home computer or from my office computer.

> Can this damaging attack be repaired?
> What steps should I take for the future to prevent this from reoccurring?

In retrospect, I do not believe I was hacked. I access from home and a security scan revealed no viruses. I've been a loyal customer and the money didn't go anywhere. I had proof of access within seconds by another party. Who in their right mind would re-invest $1,300 and seconds later trash a $160K account? Company was not the least bit interested in speaking to me.

Decide for yourself whether or not this is a SCAM

2009-12-15 5 Stars I invested $16,000 with them in late Jan 2009.
Took back $15,000 in October. I could have taken more, but this compounding is contagious. Presently I have $96,000 balance.
My son invested $2,000 and has withdrawn $2,500. When I request a withdrawal they process it and its in my bank account in 72 hours. I'm as cynical as they come, but I plan on retiring on June 2010 with them when I'll have a balance of over $300,000 and a weekly income of $12,000
N
NewInvest
UK,
Mar 22, 2010,
Guest
Panamoney are a scam. Read your contract clauses on early withdrawal. They will sooner or later clean out your account. Beware Panamoney is a scam
D
David
TN,
Mar 12, 2010,
Guest
Invested with them back in September 2009 and can honestly say these guys are doing a fantastic job!!!! From what I've researched and looked into Panamoney is in fact trading our money on the Forex Market and they are legit. By the way, this is not a company with a guaranteed flat rate dividend- it is a true dividend based on actual interest earned and I might add if you want to be more successful and see better returns you need to do your home work and pick the best currencies to trade. dailyfx.com is a great place to start with up to date info.

My only complaint is that I wish I had more money invested with these guys!! :) Thanks...
P
PeteFX
Germany,
Jan 28, 2010,
Guest
All necessary opinion has been given in the statements below.

Just to point out once again:
They
B
Bjorn
Iceland,
Dec 20, 2009,
Guest
I am happy with Panamoney. I started with 4,ooo in june I have withdrawn 4000 and have over 10,000 as working capital. Withdra wals are in the bank in 3 working days. What I find negative is the binding time wich adds up to 9 months when all hollydays are added to weekends, and too they have extra many hollydays like in nov uestionand dec they have 8 extra hollidays in each month. If you have questions or problems their customer service is very prompt. I have posted questions and they have usually been answered in an hour or so but if you ask questions directly online they are taken care of as you present them.
S
Samantha
France, Renes,
Nov 19, 2009,
Guest
I joined Panamoney in January 2009 by recommendation of my friends and I see the company keeps its promises in full. They have some negative trading days from time to time but on average they make good profit.Their customer support is always friendly and helpful. My rating is five stars too.
K
Karl
Germany,
Nov 6, 2009,
Guest
What can be improved with Panamoney.net company? I wish their customer support work 24 hours a day but they available only within business hours Panama time. I live in Germany and I always have to plan my time to contact them.

I would like to rate this company with 5 stars as it's an example how a real managed forex company should look like. Their trading perfomance is transparent and can be viewed in real time in my panamoney.net account. The company acts in accordance with the agreement I concluded with them. In January 2009 I invested 20k USD and already returned my investment with profit wich I withdrew every month. On average I earned 1-1.3% after each trading day.
Sort by:
Posting Date Rating
Show:
5 10 15 50
Page 3 of 4