Price and value of a Bitcoin

At first glance, the title of this article, “The price and value of Bitcoin,” appears to be a battology, an unnecessary reiteration of words. Aren’t price and value the same thing?

No, they are not, as the history of financial markets has shown repeatedly. We only have to recall the “tulip fever” in the Netherlands in the 17th century, the dot-com bubble in the 2000s in the US, and the recent 2008 subprime real estate crisis. Such events prove that price can deviate greatly from the true value of an asset, the so-called “intrinsic value.”

Whether we like it or not, Bitcoin has shown signs of “bubbling” in recent years, at least in the velocity of the rise and fall of its price. Take a look at the following comparison chart. The red line shows the NASDAQ 100 index and crash of the dot-com bubble, and the blue line shows Bitcoin’s recent spike. They look very similar, don’t they? This is a good illustration that, from time to time or often, the price of an asset does not reflect its actual value. 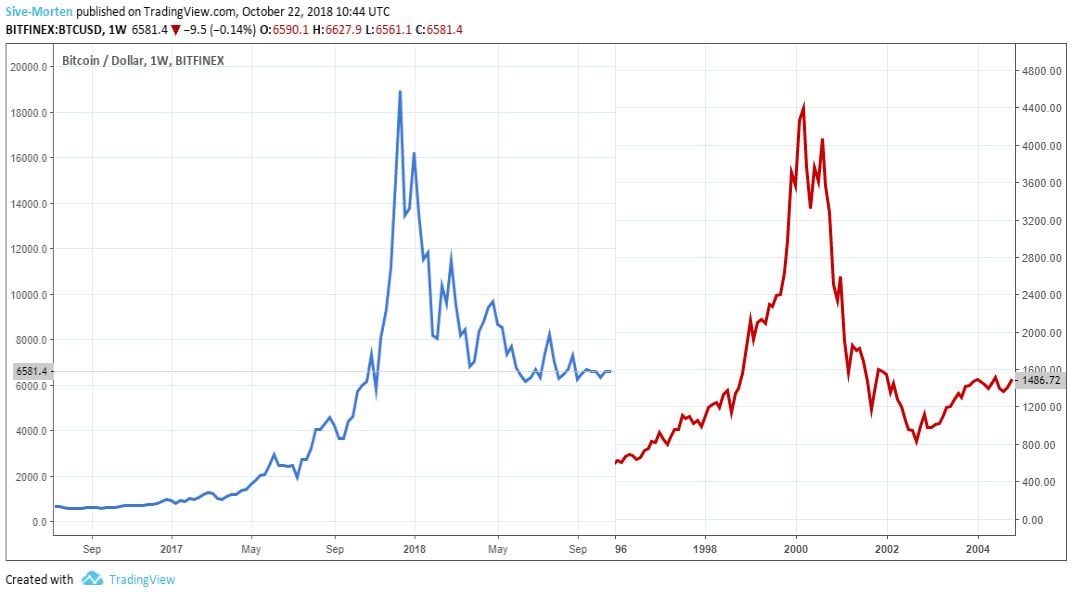 Let’s attempt to pinpoint the intrinsic value of Bitcoin and other cryptocurrencies.

A few years ago, not many people had heard of Bitcoin. Many of those who had, didn’t pay much attention or thought it was too complicated and not worth the effort. Mass perception started to shift when Bitcoin’s price skyrocketed beyond $20,000 per coin, stimulating interest in the entire cryptocurrency space. Some people were astounded; some wondered how money could be generated out of “thin air;” some rushed to turn a quick profit; experienced investors were concerned because they recognized the signs of the familiar “bubble.” So, how do we explain the enormous rise in the price of Bitcoin?

To explain the astronomical rise in the price of Bitcoin, many people turn to the classic economics rule of supply and demand. At present, Bitcoin is an exchange-traded asset whose price follows the typical cyclical process: Demand triggers a price upsurge, which generates more interest, which triggers more demand, and so on.

But is the demand for Bitcoin driven purely by market interest and speculation? Shouldn’t its popularity and value be based on its use and features? As we have seen in our previous articles, these features do exist and they are significant. In fact, they contribute to the view that Bitcoin is the “gold standard” of cryptocurrencies.

Understanding why gold has been the unrivaled reserve asset for centuries will help us understand the comparison. First, there is a limited supply of gold on the planet, and second, the precious metal has certain desirable features: it does not rust; it’s easy to store and carry; it’s relatively soft so it can be easily melted and divided.

The Bitcoin-gold comparison is based on the assertion that, like gold, the number of Bitcoins is finite, and that 90% of all Bitcoins have already been mined – this means that if demand continues to increase, the price should also continue to rise. Two main groups propagate this view: Crypto-anarchists, who call for the widespread use of cryptography for the protection of privacy and personal freedom, and blockchain fans, who see this technology as revolutionary.

Just like gold has unique features, which factor into the valuation, so does Bitcoin. These features are:

But the question remains: Is the comparison between gold and Bitcoin correct?

The most obvious difference is that gold is something you can touch, hold, and store. Cryptocurrency has no physical form; it’s just a row of text that depends on electricity, hardware, and software. This is our first objection to the comparison.

Our second objection relates to the rivals. Although platinum, palladium, and silver have similar qualities to gold, you can’t change them into gold – unless you are an adept alchemist with access to the philosopher’s stone. In Bitcoin’s case, if you are smart enough to crack the program code, you can program a rival currency. At the present time, there are 1500+ cryptocurrencies in existence, with new ones appearing every day. The key value of any cryptocurrency lies in its features, and Bitcoin is certainly not unique in that respect.

Our third objection is the comparison of Bitcoin to money. Is it reasonable to say that Bitcoin is superior to fiat? Hardly! Beyond that one can keep money in cash, the following important questions arise: Who guarantees Bitcoin’s stability and purchasing power? What is Bitcoin’s intrinsic value and what is that value based on? 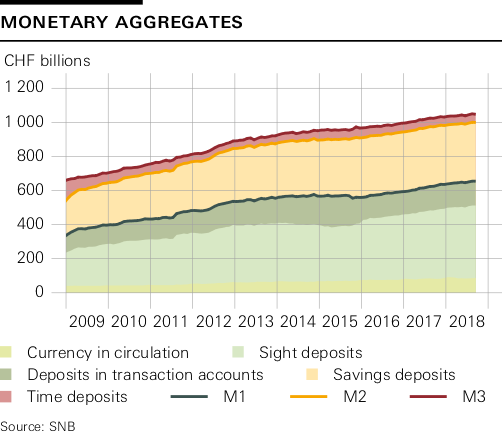 With trade, politics, industry, and economy, countries put a great deal of effort into making their currencies stable, safe, and widely used. Fiat currencies are backed by gross national product (GDP) and other values. Who or what supports the value of Bitcoin? No one and nothing because decentralization is a double-edged sword; it provides freedom but reduces the currency’s reliability, cost, and long-term use.

Is Bitcoin a financial pyramid?

The explosive growth of the price of Bitcoin brings to mind a financial pyramid. When the crypto fever was at a pitch, the demand came from people who had no intention of spending their Bitcoin. They simply wanted to become rich – a 5X growth rate per year is certainly no joke. In 2017, it was ‘only’ 2-3X.

The reason why all financial pyramids eventually collapse is the drop in the number of new participants; sooner or later, there aren’t enough new members to support the value’s explosive growth. One of the reasons that BTC resembles a financial pyramid is the ever-increasing contraction of new Bitcoins produced by mining, along with the drop in the rewards for mining those Bitcoins. 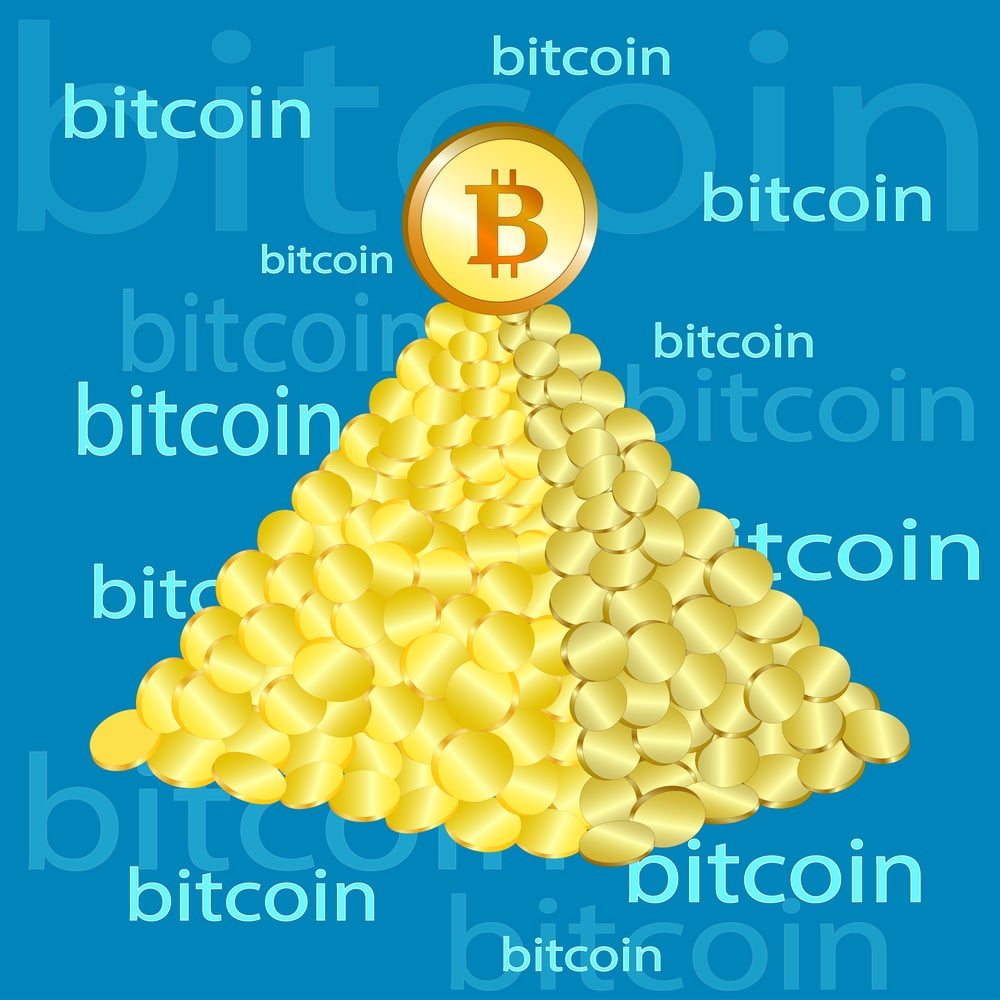 Bitcoin also shares the following features with the financial pyramid:

Financial pyramids give an inherent advantage to those at the top, meaning those who either initiated the pyramid or entered first. When it comes to Bitcoin, this is only partially true; all Bitcoin members hold an equal position since there is neither top nor bottom. Nevertheless, as in most stocks or investments, those who buy early typically gain the most. Some people bought BTC at 3 cents or $10 each, while others paid $10-15K per coin. The two groups are hardly in equal positions in terms of their ROI.

The initiator of Bitcoin did not promise anything to anyone; he simply created the algorithm. Although the initiator cannot influence Bitcoin’s exchange rate, which is driven by supply and demand, those who own BTC in large numbers can impact its price.

Zero Hedge published a great article, which compares all major historical bubbles; Bitcoin tops them all. 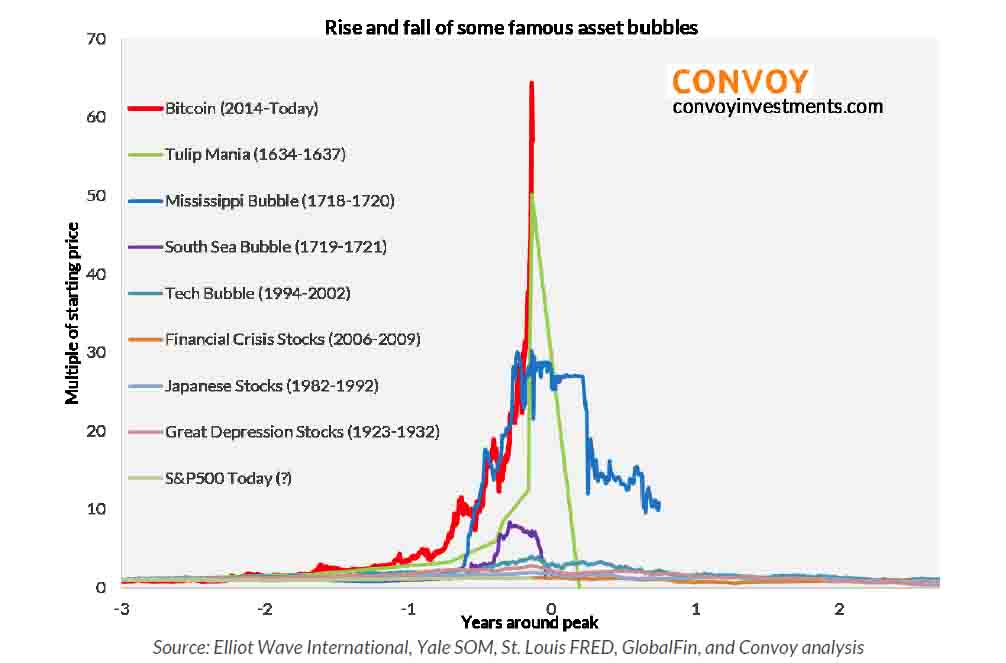 A bubble is usually defined as a rapid upside deviation from the real value by 2X, 3X or more. Using this definition alone, we can say that Bitcoin has experienced a bubble. Even so, it’s is difficult to put it into perspective because, to do so, we must gauge Bitcoin’s intrinsic value. The explosive activity in its price in 2017 attracted not only investors but also professional speculators, who profit both from growth and collapse, especially after the Chicago Mercantile Exchange (CME) launched BTC Futures trading.

Although Bitcoin’s rivals display an even greater pace of growth, what separates Bitcoin from the crypto-pack is its ability to after a collapse. This is a direct result of the faith that so many people have in Bitcoin, since they regard it as the crypto gold standard. Also, Bitcoin’s price cannot drop to zero; the only scenario where that would be possible is if technical problems completely paralyzed the blockchain system.

Bitcoin has many types of supporters that we will collectively call “the Bitcoin sect.” The sect is composed of:

To people who are neither Bitcoin adepts nor fans, all these arguments sound peculiar. The reality is that not all Bitcoin supporters are buyers. Nevertheless, their collective interest supports the cryptocurrency space.

And the bottom line is…

We have looked at some common comparisons of Bitcoin to money and gold. Some have brought a measure of clarity, while others have drawn attention to the question of Bitcoin’s valuation. We invite you to draw your own conclusions.

In closing, we acknowledge that Bitcoin is something novel, like nothing we’ve ever seen before. As such, it defies comparison. Despite that we still have much to learn in this area, this virtual form of money is still in demand even after a 70% drop. Whether this is a good or a bad thing is, once more, a matter of opinion.