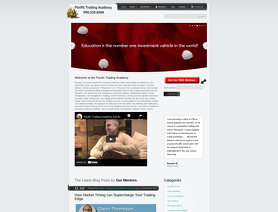 I Do Not believe I have the training promised

Was sold on the training by Susan Weyl. Believing that training would include a lot of live trading, with the coach. Believed the hype that the course would more than pay for itself in a very short period of time, optimistically 30 days. Believed the rules were simple and mechanical, with little discretion.. However after 6 months I find no trades made with the coach, No profits to cover the cost and a very discretionary system. Now as I have struggled for so long they are failing to comply with the contract, cutting my classes to 1 a month vs. 2 a week. I am not the smartest student for sure but to cut the training isn't right. I request a partial refund.

Sep 26, 2017 - 2 Stars Complaint that Susan Weyl talked of live trading from live charts. Sold me hard on the profits I would have being able to pay for the training. Sold me on how this training was different and would insure live trading while coaching thru trades. Susan sold me with such confidence this coaching would get me through my difficulties in learning and to profitability.... Now after about 6 months I am not doing well, and am confused, unable to take live trades with a coach. Now she tells me that I only get 1 meeting a month vs. the 2 a week I signed up for.
Sort by:
Posting Date Rating
Show:
5 10 15 50