How to use pivot points in forex? 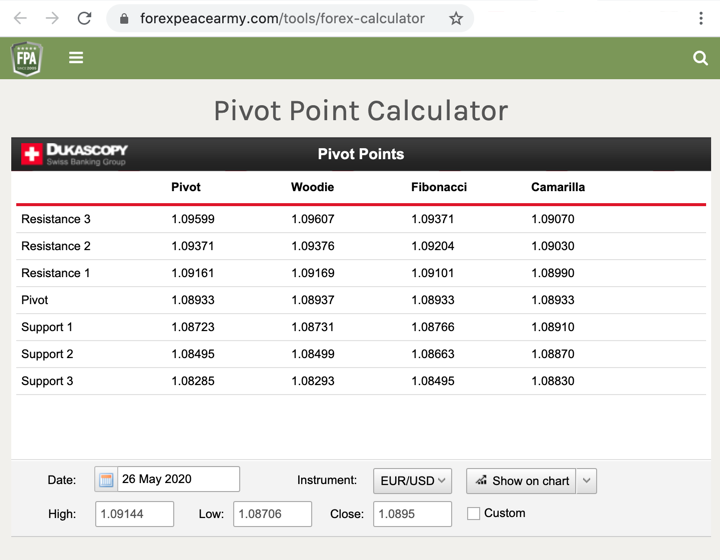 ForexPeaceArmy.com features Pivot Point Calculator in its set of tools for traders.

Pivot points can also be used with indicators such as the Ichimoku cloud. If the cloud is offering you a sell signal and the price had touched a pivot point going up then declined strongly, it would be a good technical setup. Those points can also be used with oscillators such as the RSI. If the price bounced off of pivot point and reversed direction (from declining to rising, for example), and the RSI was in oversold territories and then exited that territory, then it is a good buying opportunity.

In general, pivot points can be used with a wide variety of tools, provided that the price shows a reaction to them. With proper risk management, they can help you catch strong moves.