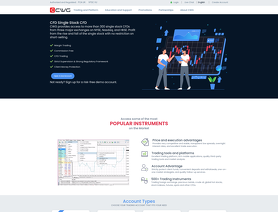 Join live discussion of CWGMarkets.com on our forum

Scam! Ripped off all profits and unable to withdraw balance

It's been several months since the confiscation of profits by CWG Markets and the FPA case started (refer to link: https://www.forexpeacearmy.com/community/threads/unreasonable-confiscation-of-2-3-profits-by-cwg-markets.73151/).

I've put in enough time and effort in the case, unfortunately I did not get anywhere. The broker CWG Markets has never showed up to clarify and by now it's clear they don't care about the scam label this might bring to them.

Nothing has changed. I can confirm now, the broker stole the money and will probably never give it back.

May 10, 2022 - 1 Star Till now, no updates when I sent an email chaser to CWG Markets for their response.
I've invited the company to publicly dispute the case, also no response.

May 3, 2022 - 1 Star Till now, no response whatsoever from CWG Markets on the issue of confiscated profits + money in my account balance which they claimed I can withdraw anytime, provided I take down my post and case posted on FPA.

There have been no new emails since the one received from CWG Martkets dated 14Feb2022 demanding I remove my review.

Apr 4, 2022 - 1 Star I would like to share an update after all this time, there isn't any further feedback from CWG Markets.
I have also opened a case on Traders Court, link as follows: --> https://www.forexpeacearmy.com/community/threads/unreasonable-confiscation-of-2-3-profits-by-cwg-markets.73151/

Feb 19, 2022 - 1 Star To-date, CWG has not responded about my request on how they determined from which duration that my trading were going against their policy. It just happens that they flagged my account when I made a partial withdrawal request, on trading activities that have been ongoing for the past 1 year. They just decided to confiscate the profits, with no provision of details of the allegedly illegal trades given to me. CWG cancelled the initial partial withdrawal request, and sent an email to only mention of the profits deducted from my account, and after a few days the removal of profits were reflected in trade history, which makes up 2/3 of the historical profits in my account. The remaining 1/3 (supposed legal profits according to CWG) is being withheld as a punishment for posting the story on FPA. Below are some of the email content from CWG whereby they have been withholding my 2nd request to do a full withdrawal of the balance amount after profit deduction, since 26-Jan-2022.

"$4337.48 from your account is considered compliance funds from normal trades. "
" Please carry out the following actions and reply to this email and you will be able to withdraw these funds.
1 Please ensure that you will not do any actions or make any statement that harms CWG Markets’ brand as well as making sure no illegal trading will happen again in the future.
2 Eliminates any adverse effects that you have caused to CWG Markets to the public (including Forex Peace Army), stop and delete any false statement about CWG Markets.
3 You admit and agree that you have no objection to mentioned decision to remove the illegal profits.
After all adverse effects have been eliminated, your trading account restrictions will be removed, all remaining funds can be withdrawn at any time."

Feb 11, 2022 - 1 Star CWG is really making things worse for themselves.
Firstly, they deducted 2/3 of total amount from my account, on the basis of allegedly conflicting trades, from last year's trading just when I made a partial withdrawal request in early January 2022. Secondly, they have withheld processing of withdrawal for less than 1/3 amount left in my account balance after they deducted profits, insisting that I take down the review made on Forex Peace Army (FPA).

Just how is this not a scam? The remaining balance is supposedly confirmed by CWG that it is not money from the allegedly conflicting trades but money that I am free to use and withdraw at any time. BUT!! Since I made the withdrawal request on 26-Jan-2022 for remaining of account balance (minus profits), to-date they have not processed my withdrawal just because I posted my claim on FPA. And CWG has explicitly asked me to remove my post below (logged in as guest) in order to allow withdrawal of the small remaining balance that was left on the account after they stole all the rest of the profit!

Jan 25, 2022 - 1 Star I have been using this forex broker for past 1.5 years, since July 2020 and have made 2 successful partial withdrawals and 2 deposits to continue trading. There have been accumulated profits over the years, however, I tried making a partial withdrawal during last weekend (3 days ago), and CWG has suddenly informed on Monday that my profits are in violation of company policies. I have been trading in the same way for 1.5 years and suddenly CWG decided to take all the profits and deemed it in violation of the company policies.

No warning was given in these 1.5 years of trading. This is really unfair. From the statements and trade history, clearly indicates the profits are from trades executed over a time period, and profits have accumulated.

CWG has also frozen my account with basic balance left, which is supposed to be my own money after they ripped off the profits. But, the account is currently frozen and blocked from withdrawal. Really unbelievable.

Previously there were no complaints or online reviews regarding such events happening with CWG, but today I checked, and realized complaints on unable to withdraw started in 2021.

Beware of this company. Not sure what is happening, they were great to trade with and withdrawals were easy. But now, not so great anymore.

I completed 2.2 8 standard lots. And make a profit of $127. You called me. I sent my driver's license and checking account. You say my information is misleading? YOU ARE A SCAM BROKER!!!
1 trader has found this review helpful
Sort by:
Show: