Forex BrokersForex ScamStocksCFD - Contract for DifferenceMetaTrader 4PAMM Accounts
2019-12-13:  The British Columbia Securities Commission has issued an investor caution notice against Notesco Limited, dba IronFX.  The company is not registered to trade in, or advise on, securities or exchange contracts in BC. CLICK HERE to verify.
January 2018: The Cyprus branch of IronFx/FxGiants is now using the corporate name Notesco Financial Services.  CLICK HERE for more info.
December 22, 2017:  The Cyprus Consumer Protection Office has issued a decision against IronFx for an unfair contractual clause.  CLICK HERE to verify.  CLICK HERE for more info.
2017-03-23:  The CNV of Argentina has brought a legal case against IRON FX FINANCIAL SERVICES LIMITED, including Svetla Nakova, Marcos Kashiouris, and Demetris Kyriacou.  CLICK HERE and select the DENUNCIAS PENALES tab to confirm.
November 27, 2015:  Cysec has announced it will collect a 335,000 Euro settlement from IronFx based on the investigation announced in August.  This proves that IronFx's claim that the investigation was against cheating clients was another lie told by the company.  CLICK HERE to verify.
August 10, 2015:  The Brazilian CVN has issued a warning against IronFx.  CLICK HERE to verify.
August 6, 2015:  Cysec has announced an investigation AGAINST IronFx.  CLICK HERE to verify.  IronFx claims that the company asked Cysec to help them investigate cheating clients.  The FPA is astonished that anyone at IronFx would have the nerve to make such an obviously false statement.
ASIC listing of other names used by IronFX.  These are ETX FINANCE GROUP PTY LTD, ETX CAPITAL PTY LTD. CLICK HERE to confirm.

March 2015:  There are now 4 FPA Traders Court Guilty votes against IronFx for failure to pay money owed to clients.  The FPA has no choice but to declare IronFx to be a Scam for its actions against its clients.

IronFx is hereby blacklisted by the Forex Peace Army.  The FPA recommends against depositing money with Iron Fx.  If you have an account with IronFx, the FPA recommends you try to withdraw your funds immediately.

2012-2015:  The FPA has repeatedly requested to communicate with the CEO of IronFx regarding the unethical behavior of employees of the company.  Many employees claimed they could stop this behavior.  All failed.  Each of them was asked to put the FPA in touch with the CEO.  Based on what happened over time, the FPA believes the CEO is aware of the unethical behavior of his employees, but does not care to do anything about it.

Readers of this review page should note the fake reviews left by IronFx employees pretending to be clients.  These are from "Dimitri, London, United Kingdom" on 2013-08-02 and "Eva Leine, Stuttgart, Germany on 2013-02-04".

In January, 2015, someone posted an attack on a competing broker from inside the offices of IronFx.  See the review by "Jacob, Cyprus" dated 2015-01-21 below.

In June, 2015, someone claiming to be an IB from Egypt posted defending IronFx.  The post really came from inside of IronFx's offices in Cyprus.  See the review from "IB in IronFX" dated 2015-06-03 below.

The FPA recommends AGAINST doing business with IronFx until the CEO steps in and convinces company employees to stop acting in an unethical fashion.  If this is how employees follow simple forum and review site rules, can you trust them to follow rules about handling your money? 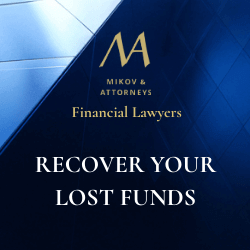 Join live discussion of IronFx.com on our forum

IronFX is the award-winning Global Leader in Online Trading, with 10 trading platforms and over 200 tradable instruments in forex, spot metals, futures, shares, spot indices, and commodities. IronFX serves retail and institutional customers from over 180 countries in Europe, Asia, the Middle East, Africa and Latin America while providing support in over 30 different languages.

IronFX clients can benefit from round-the-clock coverage delivered by one of the world’s largest and most accomplished global client coverage teams. The IronFX customer-centric model offers top trading functionalities through its platforms combined with the widest suite of products at the best pricing and execution. Daily market news feed and insightful research give clients access to the best information and data to make informed trading decisions.

lronFX Group complies with international regulatory standards and different entities in the group are authorised and regulated by the FCA (UK), ASIC (Australia), FSB (South Africa) and CySEC (Cyprus).

Terrible service,not recommended at all

my experience with ironfx has been atrocious. As soon as I put my money into this brokerage, I found it hard to find ways of withdrawing. I started seeing bad reviews of people with a plethora of reasons as to why joining this brokerage is a pitfall. Several of them complaining about how ironfx wont allow them to take out their profits. After much research and lost confidence, I decided to withdraw my money. Low and behold I experienced those same difficulties I read online. Over 3 months later and I'm still trying to get my money back

legal money stealing! - no help from CySEC and Cyprus Ombudsman

IronFx is processing my withdrawals for more then a year now. They wrote me: "you are hereby informed that it has been established that an abusive trading activity has occurred on certain of those accounts and you are in breach of the terms and conditions relating to one or more promotions made available to those accounts.

This is the Company's final response. The Company reserves the right to take all actions necessary in relation to the aforementioned abusive trading activity."

I'm the Sascha Seiler, have talked last night, I'm a senior broker on CFD for 16 years.

I have completed undergraduate degrees in Harvard for Finance Economics, Master and DR in Oxford for Finance, I apply for 12 licenses as a FINANCIAL BROKER and manage a portfolio of 131 clients. We are reachable under: 00441613941947.
The bank details where you make the transfer will only be found on your Ironfx account as soon as you want to transfer.
on March 21st, 2019 250 € were deposited on IRONFX. A supervisor never got in touch. In April 2019 I saw that the money in the online account was getting less and less until there was nothing left. I had protested emails and messages on the live chat and I was always told that I would get a message. but i got no message and there was no call back. when I call by phone, it is constantly busy. I can't reach anyone. I claim my money back and receive no answer and no refund.

I start trading with ironfx back in 2015 in march 2016 i made the first withdraw request an was declined , again in March 2017 I did a second withdraw request and one of the account managers named George Kantziouris call me and gave me a bonus with my consent after that, I receive an e-mail from the complaints department that have consider my 2016 complaint resolved because i didn't took the appropriate actions.
Since then I had my 2017 withdraw request pending.
This is a common financial crime company that operates for years now under the tolerance of regulators and government.
The amount of corruption in Cyprus is unprecedented and its shame that this is a EU country.

IRON FX IS A SCAM

They are holding my money even after the Cyprus Financial Ombudsman final decision in my favor on april 2019.The ombudsman said that Iron Fx should not by any circumstances withold withdrawal of capital and should reimburse my money.
They don't obey any laws!! Don't ever trade with them!!

ironfx a complete scam broker. After deposit's, first your account manager will say he has left and joined another broker, and when you try to withdraw they don't approve. They will not reply to your emails and when you will try to talk to online support and tell them the issue, they will tell you, your request is in queue and then they will disconnect the chat.

Since 2015 I have been trying to withdraw my money but all in vain.

Already had problems in the past with this broker and now it's happening again trades are closed by themselves and I lose money when I didn't ask for anything! I ask for explanations, it's unacceptable!!!!!

Better than all these reviews are claiming

Regularly withdraw from my account and can say they’re comfortably the best broker I’ve used. Reviews on here some quite old

The most terrible and awful customer service I've experienced!!!

I tried to open a live account but I haven't been able to open the account for a week due to their website issue and poor customer service quality.
To make matters worse, the customer service "Japan Support" doesn't have any good Japanese language skill how to explain their advice politely and always answer in rude expressions, which makes me feel disgusted very much.
I also sent a message in the English language but they ignored my message.
IronFX disrespects customer.
I'm yet to deposit any money but I decided not to use this broker whatsoever.
I never ever believe IronFX!!!
I already switched to other brokers.

Run, Run, Run!!!! This broker is a thief, they are criminals, armed Robbers... I deposited one thousand dollars with this company, it was my fellow Nigerian who was working with them then his name is sixtus ughmadi that troubled me over the phone when I open a demo account with them to open a live account with them. At a time he was begging that his my brother that he is also a marketer with iron Fx, when I opened the live account and funded it. I later found out that ironfx is a scam by a fellow Nigeria, when I now wanted to withdraw all my fund with them, they told me that it's still process. Since September 14 2016 up till now I've not seen my money. I tried every means to get my money back all to no avail... Those people are criminals run, run if you can fly... Thieves!!!!!!!!!!
Sort by:
Show:

👮‍♂️👮🏽‍♀️ Are there regulatory actions against IronFx?

There have been many regulator actions against IronFx and related websites/companies.

CySEC investigated IronFx and collected a €335,000 settlement from them.  This was after IronFx tried to claim that the CySEC investigation was to investigate cheating clients.  Later, the Cyprus Consumer Protection office decided against IronFx regarding allegations of contractual unfairness.

IronFx has also been the subject of regulator warnings or actions from Brazil, Canada, and Argentina.

⚠️ Is IronFx a good and legitimate broker?

The FPA believes that IronFx is not a good or legitimate broker.  Reasons for this include:


The FPA recommends against doing business with IronFx or any related company.

💵 What can I do if I can't withdraw my money from IronFx?

The Forex Peace Army has set up a special thread with instructions for traders who are having trouble withdrawing their money from IronFx.

Please go here and follow the steps laid out in the first post:
Instructions for IronFx clients who are having trouble withdrawing their funds