I had reached a stage in my trading career where I was at a crossroads, what do I do? Do I give up or do I keep going? Do I keep battling? 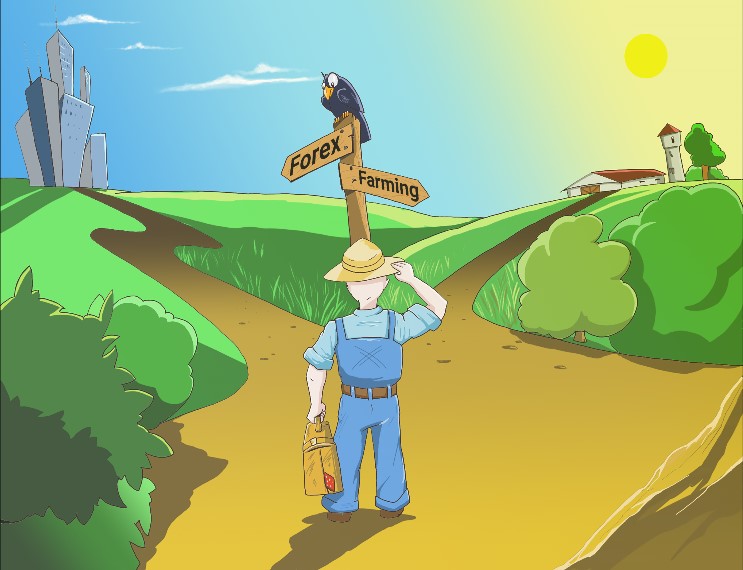 This is probably a stage where many people have reached, and it’s a stage where many people have actually quit trading Forex. It’s very easy to get to that stage and to say, “look, I’ve tried everything, I’ve put all this time, this effort and this money into doing my best I can to try and learn how to trade, but it’s just not working for me”. I reached that stage after about two years and I kind of felt I was going around in circles which is something I’m sure you can relate to if you’ve been trading for a couple of years.

I suppose it’s frustrating, it’s embarrassing, and it’s annoying; they would be probably the three main feelings that I had at the time.

Frustrating because you kind of know there is a way, but you can’t quite find it. Embarrassing because your friends and family are saying, “Hey Andrew, how’s your trading going? How’s this Forex thing, this gambling type of thing that you’re doing. Are you making a lot of money or are you losing all your money?”

I suppose it’s also embarrassing because you’re not actually making money, and remember it was only a couple of years previous when I was almost showing off with my demo account statements, saying “hey look at all this money I’ve made”. I was making a fortune, tens of thousands of dollars every week and month back then on demo accounts but it wasn’t transferring into doing that in real time and with real money.

By now I wasn’t making much at all. I was making some and losing some, and really I was treading water, ending up about break even over the course of time. And there’s only so long you can actually do that for, because you need to start earning some money out of it.

So it was frustrating, embarrassing, and annoying, it really was, there’s no other way of describing how I felt at that time. I suppose I had the motivation of two things; one, after owning my own dairy farm, I didn’t want to go back into that industry in terms of being someone like a sales rep or working for someone else. If I was to go back and actually do the physical farming work, it meant probably moving, or it meant living more remote, which meant that I couldn’t probably have so much access to my son and I couldn’t be there to take him to daycare or later on school. So there were a lot of factors in my mind and heart that meant I wanted to make Forex trading work.

So when I reached those crossroads, I said to myself, “which way do I go?” Do I go and seek what I suppose many people perceive to be the sensible option and get a job somewhere, however I was determined not to get to that stage. I was really determined to say, “well, I’ve reached this low point, I need to make a decision about which way I go; my decision is I’m going to continue to try and master this art of Forex trading”. It really came back to the fact I knew there was a way to succeed somewhere. If you’ve been trading you’ll know exactly what I mean because in hindsight you can make a fortune and you can be such a great trader. However in reality, it wasn’t happening for me. So, I reached the crossroads, I needed to make a decision, the decision was to continue with trading. Now I needed to make it work.