Part V. What Could Shape the Market?

Commander in Pips: So, we’ve discussed monetary policy, impact of interest rates on the market and the role of a Central Bank and its representatives. Today we will discuss major fundamental data that could shape the market in th long-term perspective. 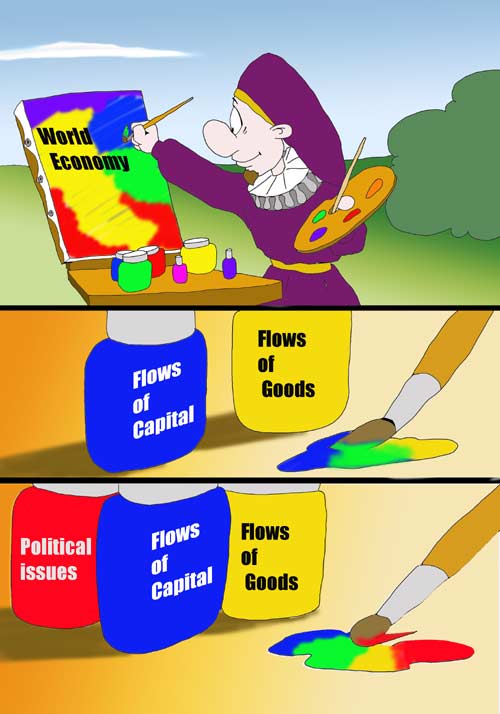 Big attention is attracted by this data. Depending on what sentiment has consumers and companies – they act differently. If the economic outlook is positive and the economy shows stable solid growth (for mature economies – 3-5% per year), then consumers feel confident and safe with their future and spend more money. Companies receive stronger growth in revenues and make more money, since they can invest more in growth of their business and, as a result, also spend more money. When everybody spends money it makes a positive impact on the economy.

When perspectives for the economy become weaker, or when it already has fallen into contraction, then consumers do not spend and save more. Companies earn less and do not increase production, since consumers do not buy more. This means that overall spending declines.

That’s why it is important to catch news and opinions from well-known analysts and financial authorities (the most important of them is the Central Bank) about economic outlook.

With the fast development of technologies, internet and globalization currently almost any person could move money anywhere as fast as blink of an eye. Double click and you may buy futures on the Nikkei, sell bonds and speculate on exotic currencies or options simultaneously. Another click and you may withdraw your money that you’ve earned today on Japan stocks just 2 hours later. Since currently it’s very simple and fast to move capital to any location all over the globe, we have to keep an eye on where the “Big Whales” move their money.

In fact, capital flow is the amount of money that is transferred in or out of some particular country because of investors are buying or selling something. As a result, traders watch over an indicator that is called “Capital flow balance” that could be positive or negative. A particular country will have a positive cash flow balance, if investments coming into the country are greater than outflow from the country. In general this means that investors find it attractive to put their money in some assets of that country, including the currency of that country. Otherwise is true also – when outflow exceeds inflow and the balance turns negative, it means that investors close their positions and leave this country to search for something more attractive.

Another kind of flows depends not on investors but on countries themselves. This is goods flows or trading. International commerce now is a very developed part of the overall global financial environment. All countries trade with each other – selling their own produced goods (export) and buying goods of other countries (import). If you check where different goods were made, you’ll find out that many of them were made in another country. All merchandise trading around the globe is accompanied by money exchange, and, as a result, money flow into and out of some country.

So the difference in the value of imported goods and exported goods is named the “Trade Balance”. If country sells more goods (export) than it buys (import) then it has positive Trading Balance and vice versa:

Negative Trade Balance = Import > Export​
Pipruit: So, and what impact of trade balance on currency?​


Pipruit: And how does the US Dollar holds well in that case?​

Commander in Pips: That’s because China and Japan sell their goods for US Dollars, but they do not convert them in CNY and JPY but invest them in US Bonds. Their holdings in US Bonds have reached an outstanding value around $1.5 Trillion – that is a hidden trading deficit of US. If they will quickly sell them and invest those dollars in own currencies – then the US dollar will fall miserably.

Political issues are not separate from economy

Sometimes it happens when some country could not exit from some problems just by economic methods. They need political intervention. This is even more so in periods of great depressions and recessions, when the economy demands some extraordinary methods, financial resources and even law changes. For example, as with the Marshall plan after WW II. But nowadays we see that the economy has really big problems to recover, we already see political crisis when Republicans were not able to agree with Democrats on the US debt ceiling. So real changes in law, instability or separation inside the government, orunexpected changes in the ruling administration could have strong influence on overall markets, including domestic currency value.