Pipruit: Good morning, sir. You know, recently I’ve re-read the previous part and caught the thought that I know nothing about regulators and what to do if something bad ever happens.
​
Commander in Pips: Right, let’s shed some lights on this question. 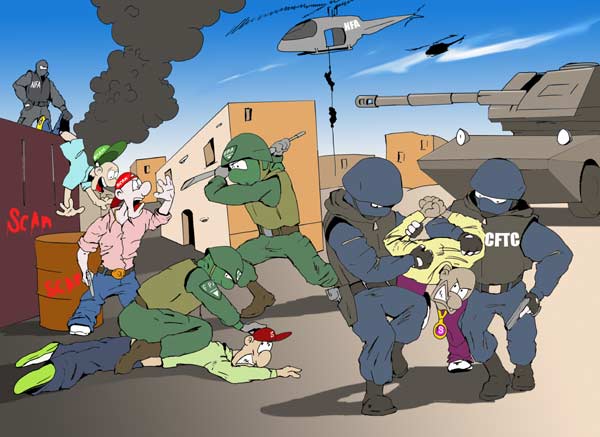 CFTC is the Commodity Futures Trading Commission. It was founded in 1974 started its functioning in 1975 and its major task was to protect and to serve individuals in trading on futures and commodities markets. While almost at the same time currency futures were initiated, CFTC has become responsible for them as well. By the way, we already have discussed the CFTC when talked about the COT report, remember? The CFTC is responsible for that, since traders provide reports to CFTC.

Since its foundation, the CFTC changed many times and developed as any other government authority. According to “West's Encyclopedia of American Law, edition 2. Copyright 2008 The Gale Group, Inc. (All rights reserved)”:

The CFTC maintains large regional offices in Chicago and New York, cities in which eight of the nation's 11 futures exchanges are located. Smaller regional offices are located in Kansas City and San Francisco, and there is a sub-office of the Chicago regional office in Minneapolis.
Pipruit: Wow. That sounds impressive. I can imagine what could happen if there was no CFTC. How we could stand against frauds and scam? There would be too much.
​
Commander in Pips: In general you’re right, absence of regulators such as the CFTC could give scammers wide space to act and there could be many more frauds in this case. In fact to take investors money will be simpler than taking candy from a baby.

So, the major mission of the CFTC is to protect market participants from different kind of frauds, illegal manipulations on the market, mostly on commodities, futures and options markets. Although the forex market is over-the-counter, the CFTC is very useful here as well, since it could give you information about reliable or non-reliable brokers. The CFTC has its own website: U.S. Commodity Futures Trading Commission

If want to file a report on some suspicious broker, manipulation or authority, you may contact CFTC from here:

Commander in Pips: But that is not all yet. As we’ve said in 1974 Congress established the CFTC. Under the Commodity Exchange Act, Congress gave it jurisdiction over commodity and futures trading, and allowed the futures industry to create a national self-regulatory organization, which in 1982 would create the National Futures Association (NFA). In 1998 the NFA created online access to the Background Affiliation Status Information Center (BASIC). BASIC, provides current and historical registration information, disciplinary actions of all current and former NFA registrants.
Pipruit: And why does the US need two equal regulators, what’s the difference?

Commander in Pips: They are not equal. While CFTC is a government authority, the NFA is a self-regulated independent organization, which means that it financed by itself and not by taxpayers from the government's budget. Since the government authority is CFTC, the NFA stands under CFTC oversight. Still they are designed to act together. The NFA also works to prevent frauds and illegal action on financial markets, controls NFA members to meet regulatory requirements and be conducive to the overall development and proper functioning of futures markets.

It also provides mediation and arbitration for resolving consumer complaints. The NFA is headquartered in Chicago, IL and also maintains an office in New York City.

In fact to make protection of individual investors stronger, every firm (or even individual) who conducts futures or options on futures business with public has to be registered as a CFTC and NFA member. According to the NFA classification these firms or individuals who provide trading services to public could be:

To get access to the public’s money or provide them any services on futures markets firms and individuals have to pass through the registration process, fill out a regular statement and constantly meet regulator’s requirements. That is not simple. To accomplish that those firms have to be really serious.

As with the CFTC, the NFA is developing and changing. We’ve already said about online BASIC program in 1998. In the beginning of 2000s NFA starts to accept claims online and launched registration online as well.

Here is website of the : NFA - National Futures Association

Pipruit: And what about other countries? Do they have authorities of the same kind?
​
Commander in Pips: Yes sure. Almost all developed countries have ones…many emerging countries also have them. For example:

While in the US you can report about financial fraud directly on websites of the CFTC or NFA, in other countries there could be other sources to do that. For instance, in UK you may try to apply through “Action Fraud”.

Switzerland is a core of world banking and financial services and markets as well. So, that is no surprise that particularly Switzerland has a regulator with authority over banking and financials for a long time already. The Federal Department of Finance (FDF) was founded as far back as 1848. Also Switzerland has another authority, that is the Swiss Financial Markets Authority (FINMA) and it was formed relatively recently, in 2007. While first one (FDF) is a general supervisor of overall financials, particularly FINMA regulates as banks, securities dealers and exchanges.

As we’ve said, other countries also have regulators, so, let’s just list some of them here:

- Australia: Australian Securities and Investment Commission (ASIC). Here is also exists such authority as Australian Competition and Consumer Commission, where you can report about fraud or any scam action.

In fact, there are many well-known and easy to find authorities, just use Google to search. So you will have no problems, if you would like to find their website once. Although I wish you do not have real reasons to do it. 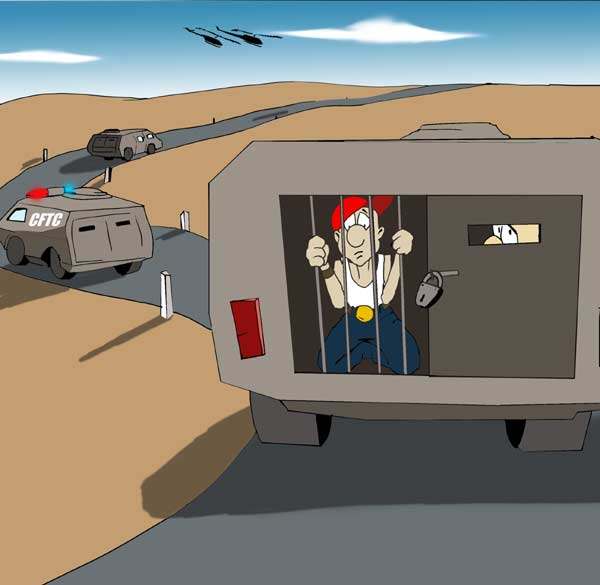