Commander in Pips: Ok, we've studied a very large part, dedicated to Japanese candlesticks, so I offer to make some summary and table to consolidate all the patterns you’ve studied into one place. 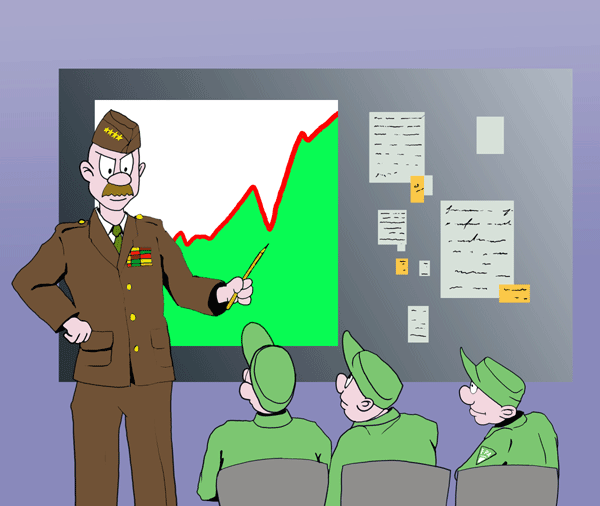 1. Any candlestick is based on four prices of trading period – open, high, low and close;

2. The thick part of candlestick is called the “Body” and it could be hollow or filled.

3. If close price is above the open one, i.e. price increases during this trading session – the candle has a hollow body (white or green, as a rule);

4. If close price is below the open one, i.e. price decreases during this trading session – the candle has a filled body (black or red, as a rule);

5. Thin lines, that are poking out from the body up and down call “Shadows”. They point to the high price (upper shadow) and the low price (lower shadow) of the trading period;

6. The difference between the top of upper shadow and bottom of lower shadow shows the trading range of this period;

7. Candles could have different bodies – long or short, or absence of body at all. Long bodies tell about strong activity either buyers (long white body) or sellers (long black bodies). Small bodies tell about shallow activity of participants in this trading period. A candle could have no body, if the open price equals the close price. This candle is called a “Doji”.

8. Candles could form patterns that consist of 1-3 candles and could carry “Reversal”, “Continuation” or “Caution” functions. To look at patterns – just look at the table at the end of this lesson.

1. Do not use any pattern as a single tool for trading. Use them in context and together with other tools, for example support/resistance levels. Because it’s much safer!

2. Pattern is treated as formed, when market totally completed it – i.e. after close of trading session. Do not try to anticipate the patterns.

3. Appearing of any pattern does not mean that we have to buy or sell blindly. If it was so simple, then even monkeys could become billionaires. We need further confirmation from the market by following price action.

4. Most patterns are treated as triggered by the market if the market closes above/below of high/low of the pattern on the next trading session according (i.e. confirming) with the pattern’s direction.

5. Most patterns are treated as failed if the market closes above/below of high/low of the pattern on the next trading session against (i.e. disaffirm) the pattern’s direction.

6. Be careful with trading so-called “not perfect” or “insufficient” patterns.

7. Even appearing of some perfect pattern does not mean that market will act accordingly. Patterns fail often. That’s why we have points 1 and 3 here.

And here is the table:

1
1954
11 years ago,
Registered user
Hello Mr. Sive / AsstModerator,
I think the description for Last Engulfing Top and Last Engulfing Bottom is mixed up ?

Hi,
Looks like everything in order, why do you think so?
May be you confuse them with bullish/bearish engulfing patterns?
J
john Garbett
11 years ago,
Registered user
Re other patterns

If you could add some comment to this I would be most grateful.

Once again many thanks

Sive Morten
11 years ago,
Registered user
> Hi Sive
Am I right in thinking that the patterns you have discussed here are patterns which change the direction of movement of a currency pair, while patterns such as Head and Shoulders, Triangles a..

Hi Jonh,
not quite. These patterns just had come from another culture - Japan. While H&S, trianlges, wedges etc have appeared in US itself, and they are called "classical patterns".
As candlestick patterns as classical patterns could be seen at any timeframe. They could lead as to major reversals as to temporary retracement.
The major attractiveness of any candlestick pattern that it froms just in 1-3 periods. While for H&S pattern you need much more time.

A bit later in the school there will be special part dedicated to classical patterns and how to trade them.

Wow! This is the most comprehensive tutorial i ever received on candlesticks. I wil share most of it with my folks. I got more stuffs FREE from the Forex Military School than from the handouts i bought with my money. More grease to your elbows